With all the uncertainty the pandemic has brought, it is easy to forget that the economic outlook in March 2019 was also very uncertain. 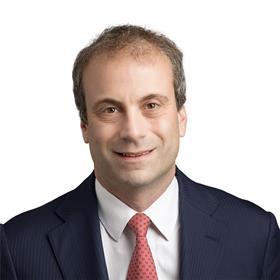 Karim Habra remembers it all too well, though. The executive vice-president and head of Europe and Asia Pacific at Ivanhoé Cambridge recalls the Brexit deadline that loomed at the time – and how the company decided to plough ahead with the acquisition of 130 acres of land with Peel Logistics Property (PLP) for a 2.6m sq ft industrial and logistics development anyway.

“Nobody was doing anything. There was very little investment activity in the UK,” he says.

“Yet we actually acquired four development projects in the north of England.”

Habra says the decision to push ahead shows how the company felt and how it continues to feel about UK industrial and logistics real estate. He describes it as both “Covid resistant and Brexit resistant”. The company’s latest project underlines Ivanhoé Cambridge’s faith in the sector. It has teamed up with PLP to develop a net-zero carbon logistics scheme comprising 2m sq ft of warehouse space on a 135-acre site in Milton Keynes.

If you don’t target the strongest ESG standards, it will affect liquidity in the long term

Property Week spoke with Habra to find out more about the Milton Keynes scheme and how it could act both as a template for the company and the wider industry.

Despite the confidence Ivanhoé Cambridge has in the UK industrial and logistics real estate sector, the Canadian real estate giant was a relative latecomer to the party. It entered the market in 2017, but decided against jumping in by acquiring a portfolio the way many other overseas investors have. Rather, it acquired an 80% stake in PLP’s UK Logistics Venture (UKLV) fund and then, one year later, in 2018, joined Macquarie Capital and Peel Group as shareholders in PLP Group via investment.

Habra describes the move as “a very innovative and very creative way of finding a way to enter the UK market” though he admits that the complex nature of it presented challenges.

“I don’t think every player would do this,” he says. “It was a complicated structure to put in and it took some time in 2017. But I can tell you that when I look back, we are very happy about what we did because we are very well positioned.”

For Habra, the appeal of entering the UK market in this way was that it allowed a big company like Ivanhoé Cambridge to move nimbly. “PLP itself, the operating platform, is very, very agile,” he says. “The decision-making process is actually very fast.” 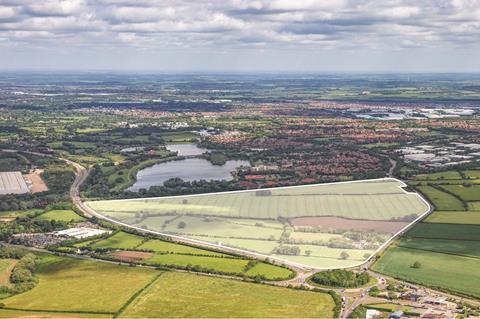 There are other benefits to the development route as well, Habra explains. “We felt that we could create, and we would actually generate stronger performance by doing it like this,” he says. “If you buy an existing portfolio, it will generate returns, of course, but probably a lot of value would have been created already.”

The Milton Keynes project definitely has the potential to create value. The site has planning permission for 2m sq ft of industrial and logistics space. Ivanhoé Cambridge and PLP intend to make the scheme net zero carbon both in construction and in occupation according to the UKGBC’s framework. The development would comprise of units ranging from 300,000 sq ft to 500,000 sq ft with the first units available for occupation from 2022.

Not all developers would be so keen on pressing the button on a big box scheme in Buckinghamshire. Yet, while others might consider the Midlands to be the UK’s prime industrial and logistics market, Habra insists that the South East is “probably the most prime location in the UK”.

Diversification was another reason for choosing the South East as a location. Habra points out that most of the older PLP projects were in the north of England and he was keen to spread PLP’s geographical exposure to the market.

“And so we’ve started focusing on the South East,” he says. “The South East is more expensive than the North. It’s very competitive, it’s very liquid, it has lots of demand. So, of course, it has been difficult for us to find the right sites because we’ve been selective. An opportunity like this one in Milton Keynes only comes every five or six years.”

Habra adds that the location also offers an interesting list of potential tenants, from logistics companies that want to be close to London, to high-tech manufacturing and science organisations wanting to take advantage of being in the centre of the Oxford-Cambridge arc. But he insists that the developer has not started talking with any specific occupiers just yet.

Of course, when the park does open to tenants in 2022, there is the possibility that tenant demand for space might have eased.

The industrial market is hot right now, but a Colliers survey from February found that more than 10% of industry professionals expect the “boom times” for the industrial sector to end in 2021, implying some disquiet in the market.

Over the next few years, we aim to ramp up net-zero carbon schemes across asset classes and regions

Habra is nonplussed, pointing out that 2022 “is not far off”. He adds: “If this was for completion in 2024, I think you could wonder what could happen in the next three years.

“But we’re seeing very strong demand and the leasing on this project is going to start very soon. I’m optimistic that we will have some leasing success this year, so I’m not worried about losing demand.”

As for the possibility of selling the scheme in an investment deal, Habra is also confident about the company’s chances – citing the continued strength of the market and the continued fall in yields. “You can see yields really compressing a lot everywhere in Europe,” he says. “It’s been very difficult if you want to buy a finished logistics product. You have to pay really high prices.”

The finished Milton Keynes scheme certainly could hit the market for a pretty penny. Not just for its size and location but also, Habra argues, because it will be a net-zero carbon scheme.

“I’m convinced that if you actually don’t get the best certifications, if you don’t target the strongest ESG standards, it will impact your liquidity on the long term,” he says.

Ivanhoé Cambridge and PLP have yet to determine precisely how the development will reach the UKGBC’s net-zero carbon certification, as it is still in the design phase.

Recycled materials are one possibility that will help to reduce carbon emissions in the project’s construction, but Neil Dickinson, chief investment officer of PLP, tells Property Week that inevitably, some officially accredited carbon offsetting will need to take place as building materials need to use at least some carbon.

“The reality is that you can’t completely eradicate carbon in production, construction or operation of a warehouse,” he says. “It’s impossible. It would fall down or blow away in the wind.”

Ivanhoé Cambridge’s net-zero carbon ambitions stretch beyond the Milton Keynes scheme. Its global carbon target is to reduce its operational carbon intensity by 35% by 2025 from a 2017 baseline. It is also developing a long-term strategy to achieve net zero carbon by 2040 or earlier, in line with the Paris Agreement on climate change.

“Each project allows us to gain insights into net-zero carbon construction and operation more broadly, as well as the challenges and opportunities that are more specific to different asset classes and regions. These lessons can then be applied to improve future projects and their carbon performance.

He adds: “Over the next few years, we will aim to ramp up our net-zero carbon schemes across asset classes and regions, so that we are positioned to employ net-zero carbon systematically and across the board.”

Looking to the future, Habra says the industrial and logistics market is Ivanhoé Cambridge’s “number one target” across the world. He says this is a change in mentality that has occurred gradually over the past two years.

“This is the sector we want to grow the most in – together with residential,” he says. “Asia and Europe are key markets in terms of international diversification and logistics will play a big part.”

If Ivanhoé Cambridge does continue to expand in this sector, and if it serious about its net-zero carbon ambitions, it may well look back on its Milton Keynes scheme as the template. Habra might even remember the scheme as fondly as he remembers that fateful deal with Peel back in March 2019.