Landlords are being ostracised

It’s like being the unpopular kid in the playground: the big boys pick on you and the teachers ignore your plight. That is the sense of isolation being experienced by the UK’s commercial landlords. No legislation has been put in place to assist this unpopular group. 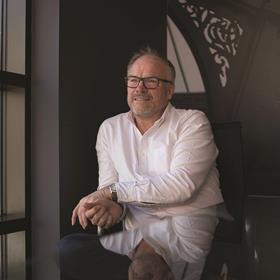 What has been overlooked is the fact that the vast majority of people who pay into pension or asset management plans are invested in property, so are indirectly landlords themselves. Poorly considered government policies, which are open to abuse, have opened the door for unscrupulous tenants to refuse to pay rent, negatively impacting customers’ investments and dividends. It’s called “shooting yourself in the foot”.

Most landlords have a genuine desire to secure tenants’ profitable performance, while carrying huge debts secured against their property, with interest and capital payments to be met. Investment funds are under pressure to deliver dividends to shareholders invested in real estate. But non-payment of rent, service charge and insurance fees means many real estate assets can’t function and landlords can’t meet their financial obligations.

Poorly considered government policy has been the nail in the coffin for many property investors and landlords, who in some sectors now expect to receive no rent in the June quarter, even from tenants still in occupation, trading and benefiting from a rates holiday, and securing massive profits.

Landlords must pay full rates for empty buildings. So we have a situation where retail units cannot open and are impossible to let, and while tenants and occupiers need not pay rates, landlords must, and don’t even use the facilities the rates system was set up to provide for.

We agreed payment plans with many tenants, acknowledging they are under stress – and something is better than nothing.

With those that refused to communicate or pay anything, our only option was to serve winding up orders or statutory demands to get them to the table. It worked: tenants picked up the phone and agreed payment plans.

But government policy preventing winding up orders and statutory demands led tenants to withdraw agreements. Well done, government. Some tenants can clearly afford to pay and had agreed to do so, but now don’t have to.

Government loan incentives do not apply to most landlords, as banks assess the additional debt against the security position of the asset and potential covenant breaches. The fall in real estate values, partly due to government policies, means loan-to-value covenants have been breached and interest cover ratios impacted. Banks cannot support further risk of lending against those assets, so the system doesn’t work.

So what should the government do? First, remove landlords’ liability for empty rates; second, reinstate rates liabilities on tenants able to trade – particularly those trading with massive sales growth; third, prevent banks from enforcing their security against customers; and fourth, support the furlough rent scheme proposed by the BPF and Revo – government has enforced closure, so should acknowledge the burden put on those affected.

Tenants will be the first to complain when landlords are unable to reopen shops and shopping centres. But buildings are like cars: leave them without occasionally starting them up and the battery goes flat, parts seize up and it costs a fortune to get them going again.

That is what is happening to your hard-earned pension money; it will be spent getting the engine going again rather than keeping it running, because tenants are refusing to pay even for that.