Lessons from the Valley

Silicon Valley, the high-tech hub of the Bay Area, is not just a place – it is a brand synonymous with innovation. Countless household tech companies have been founded, ballooned in size and sold for eye-watering sums within its zip code. 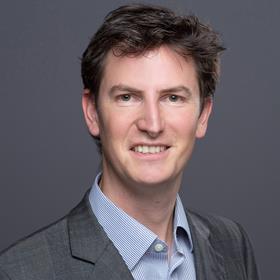 Not many would call it a business park, but in essence, that is exactly what it is.

UK business parks certainly have a less glamorous reputation than their Californian cousin. However, this can change. As UK business parks rediscover their swagger and the stars begin to align for their renewal, there’s an awful lot they can learn from Silicon Valley.

Silicon Valley is bold, ambitious, and brand focused. Across its 47 square miles, there are 39 Fortune 100 companies, which have helped grow its economic output by 77% from 2001 to 2015.

Like all success stories, Silicon Valley has benefited from a number of factors, such as plentiful venture capital in its early days and government funding. Possibly the greatest influence on its exponential growth has been its links with global leading university Stanford, which sits on its doorstep.

Computing giant Hewlett-Packard was founded by a group of Stanford students with a grant from the university; Google was first put together in a Stanford dorm. There have been many others.

Since the debut of the Valley, the university has been a giant incubator for companies founded by alumni, which have grown, and have in turn then created their own spin-out companies.

The UK, home to many world-leading universities, is well-placed to replicate the Silicon Valley and Stanford model.

Oxford University, for instance, is already cultivating a relationship with Google, where the tech giant is introduced to promising business entrepreneurs from the university.

Oxford and Cambridge are the world’s leading research universities, and surrounding them are affiliated science parks like Cambridge Science Park as well as privately owned and operated locations like Milton Park or Granta Park that are catering for this growth in young companies.

But there should - and so easily could - be more success stories away from Oxbridge.

One of the key findings of our recent study with the BCO on the future of UK business parks was that by partnering with a university they could increase demand, output, and growth.

Many UK cities have incredible universities but the incubation of their research is not being fully realized. Why not orientate the space in business parks to support and house students and their ideas, their technologies, their research? This would provide affordable space for debutantes and offer business advice and links for those still in university.

If a relationship with an institution looking to grow its entrepreneurial culture can be formed, then business park operators can make partnership arrangements with the universities to provide space based on a guaranteed stream of tenants. For the university this removes the risk of property development and supplements its existing research space.

Joint ventures used to deliver projects reduce risk for developers and channel funding from the university through leasing of space. This has the potential to influence developers into the delivery of science and technology buildings beyond the university campus. It also brings more investors into play and starts to bridge the current deficit in commercially available research space, which is in high demand in the south east of England.

We should not be thinking small when it comes to the UK’s business parks. The opportunity is truly huge, as Silicon Valley has shown. This opportunity goes beyond reimagining the UK’s tired business parks. It’s an opportunity to rewrite the rulebook on how UK universities interact with industry, how we create new towns and knowledge clusters, and how we turn regional growth into national growth.

Peter Baird is an associate at Perkins+Will