Lifecycle is just beginning for cryptocurrency

There is much talk in the media right now about cryptocurrency, some of it more negative than positive. I’ve written articles on how cryptocurrency will be a force for needed change in the hospitality industry, and how it has the potential to influence numerous markets, no matter how big or small. 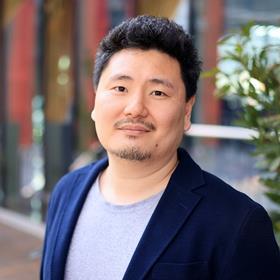 However, it would be wrong to ignore the negative rhetoric that seems to be creeping into the media, and I’m not naïve to the fact that this can be damaging for the wider cryptocurrency industry. I’m here to explain that this whole process is normal, and it’s something that needs to be embraced, not feared. This is just the lifecycle of cryptocurrency, the natural ebb and flow.

We’ve been in similar situations before, and I think it’s easy to forget how something that now plays such a vital role in our everyday lives experienced the same inconsistent path to success. The internet was initially upheld with scrutiny and uncertainty, but those in the know pushed the boundaries with inspiration and creativity. The dot-com bubble was huge; organisations of all kinds of sizes, power, and influence were embracing this new phenomenon, just as we are experiencing now with cryptocurrency.

On the flip side, there was reluctance from those who didn’t really understand its potential and see the bigger picture. Fast forward to the 1990s and we experienced a massive growth in the adoption of the internet. Soon after, the dot-com crash forced hundreds of web companies to shut down. Those that survived, such as Amazon, have now moved into dominant positions; this is exactly the kind of attitude with which we need to be approaching the world of cryptocurrency. There will always be peaks and troughs, negativity and positivity. It’s these periods of uncertainty that allow time for innovation, and a ‘build-all’ mentality, which becomes the foundation of any new technological era.

Negativity is inevitable, and collapse is part of the process, especially when the concept is still evolving. The ones that are strong enough to hold out and resist these periods of uncertainty will be the ones paving the way, such as Amazon and Meta (Facebook). These periods of struggle will trigger the imagination and creative process, allowing an opportunity for future generations to play a part in its rebirth.

This is a process of trial and error; we must determine what works and what doesn’t. We are well and truly in the early stages of cryptocurrency, with no widespread consumer trust yet established, and that is perfectly normal. NFTs won’t mature as an asset until there is more clarity from regulators.

If we look at how much the technological and digital landscape has evolved over the past two decades, surely the next two decades will be every bit as progressive. People will finally understand the possibilities, accepting cryptocurrency as an essential part of modern-day life.

We are moving from web 2.0 to web 3.0. Web 2.0 in its simplest term is a rental economy and web 3.0 is an ownership economy. I look forward to witnessing the winners and losers in the new web 3.0 era.

Tony Levine is director of leasing at Shelley Sandzer