In a warehouse in Enfield, west London, a market precedent will be set in September with the opening of film production space provider Location Collective’s OMA:X studios. 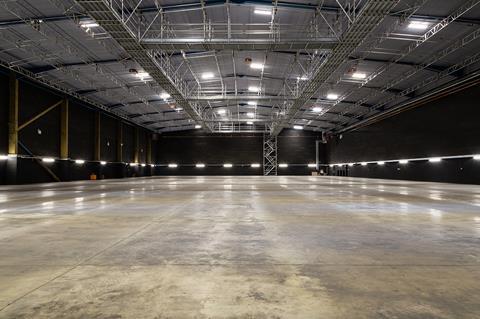 The company has signed a 15-year lease on the 10-acre, 224,000 sq ft site that it hopes will eventually bring the cream of the film world to this area. This deal is unusual in an industry famed for its in-and-out nature and where it is common to have short-term tenancies of no longer than five years.

Just as the pandemic has changed many things, it has also had a significant impact on the film industry.

“Covid has put back recording schedules and meant there is increased need from the production companies, hence an increased demand for studio space,” says Gordon Reynolds, Cushman & Wakefield international partner and current chair of the Industrial Agents Society (IAS).

Demand is so high that Property Week understands some of the streaming giants like Netflix are interested in acquiring warehouse space on a freehold basis.

So how much space is required and where, and what impact is this burgeoning sector likely to have on the supply of warehouse stock?

CBRE estimates the current demand for TV and film production space stands at around 2m sq ft. Aside from production delays caused by the pandemic, demand is also being fuelled by the sheer desire for online streaming content: total spend on UK film and high-end TV production pre-Covid in 2019 was £3.62bn, up 16% on the previous year, driven by investment from major studios and content providers, including Disney, Netflix, Warner Bros, Apple and NBCUniversal.

This demand for space is putting pressure on the available supply of warehousing stock at a time when it was already facing unprecedented demand from online and ecommerce occupiers.

Given the ongoing supply-demand imbalance for studio space in the UK, it was a natural evolution in Location Collective’s 14-year history when it signed the lease on OMA:X.

It’s another user coming into the logistics market, so it’s creating further pressure on space

For the first decade of its existence, Location Collective was almost exclusively a film locations agency, but things have changed, says managing director Antony Iredale.

“Over the last five years, we have been working with more property owners and providing space not as locations, but general production spaces: production offices, workshops, storage facilities and, specifically, alternative set build spaces – large areas, like a warehouse or an old production plant.”

Iredale says historically the company would locate a suitable site that would typically be awaiting planning permission to be turned into something else, do some rudimentary amendments and make it fit for purpose as a cost-effective studio and build space.

“We’d get them for a two- or three-year window, then hand it back to the developer to turn it [the site] into residential usually,” he says. “As we developed a lot of know-how and experience on that side of things like studio set building, we decided to go after our own site, and to be in control for the long term, rather than having done a great job on it for a couple of years before it fulfils its destiny as residential, which is the conventional agency model. Taking the building for the long term is what we’re moving into.” 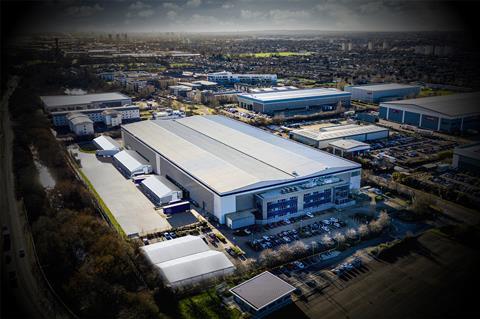 The 140,000 sq ft OMA studio, which has been up and running since August last year, is significantly smaller than its new big brother.

“OMA:X is a larger proposition so we stuck an ‘X’ on it,” explains Iredale. “There were other globally recognised logistics companies we fended off and Goodman [the developer] went with our offer over theirs.”

Goodman managing director Charles Crossland says Location Collective was treated like any other potential warehouse tenant. “Our approach for all our customers is to deliver high-quality, flexible space and essential infrastructure to support the digital economy,” he says.

Just as with any new TV show, the OMA:X concept is one the market is watching closely. “Everyone is going to want to see if that’s a model that floats,” says Cushman & Wakefield’s Reynolds, who brokered the deal for Goodman with Location Collective.

“You would prefer to have the film studios directly on the lease, because they have huge balance sheets and covenants to do a good deal, but want relatively short terms of occupation,” he adds.

By comparison, serviced studio providers like Location Collective don’t have such strong covenants, but they are more often willing to take the risk on longer-term leases.

While this burgeoning, relatively new occupier class is warmly welcomed by most people in the industrial and logistics sector, some traditional occupiers are getting their feathers ruffled by film studios looking for space.

You have your hands tied, because the owners have a long-term vision and it’s not in film and TV

As Peter Higgins, divisional partner in Glenny’s business space agency team, points out, with premium rents being paid to make a deal attractive to an investor, “standard occupiers could be priced out of the market if an area becomes very well established for media businesses”.

Along with Location Collective’s two sites, around 1m sq ft of other space has been taken off the market for TV and film production purposes in the last 12 months.

Troubadour Theatres has taken part of the former Stonehill site in Edmonton, building several sound stages at the Meridian Water Studios development. SEGRO Park Enfield’s 240,000 sq ft, is under offer to a major film and TV studio and in Barking and Dagenham, Hackman Capital has acquired the former Sanofi site to house 200,000 sq ft of TV and film studios in addition to another lease taken at the 180,000 sq ft Welbeck Wharf site to provide back-up space.

“Has the growth in the film sector reduced levels of availability? Undoubtedly,” says Reynolds. “Has that reduced choice for other occupiers? Yes.”

But in any battle for space, logistics operators would ultimately emerge as victors, according to Reynolds. “Landlords would still prefer to lease to a traditional occupier, given the choice, because they have more established businesses and therefore more to offer,” he explains.

While he admits Location Collective’s business model makes sense, he still believes that “if the landlord has the choice to lease to them or Amazon, they would lease to Amazon every day of the week”. 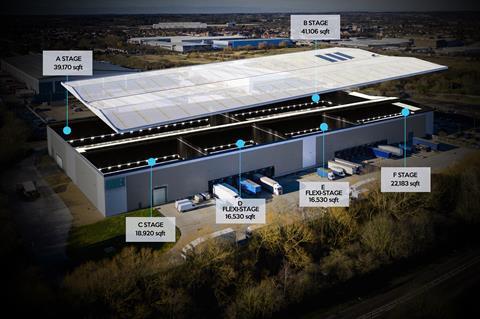 However, he does concede landlords are viewing the sector more favourably, particularly given Location Collective’s decision to sign a long lease.

“Landlords were not interested in those [short-term] deals [where a production company would only want the space for a few months], but that has recently changed,” says Reynolds.

Iredale is aware of the gamble Location Collective is taking signing up for a longer lease and regularly uses the word ‘risk’ as he outlines his vision for the business.

“The risk is also the reward,” he says. “We are fully accountable and liable for the lease of a building, the management and maintenance of it, [with both] OMA and OMA:X. They are big undertakings and commitments. The risk is that instead of having a no-risk model, working with other people’s properties, taking commission, everything stops with us.

“With the agency model, you sometimes have your hands tied in how far you can take customer service and specification, because the owners have a long-term vision for it and it’s not in the film and TV industry.

“Whereas, when you take a long-term lease on a site, you have all the control and you can make decisions for the long term. The risk is the most exciting aspect of it.”

Iredale appears to be comfortable with the risk and he is already considering taking other sites. If his gamble pays off, don’t bet against more operators looking to replicate this model, which would see this fast-growing occupational subsector become a major player in the UK industrial and logistics world.