A quarter of a billion pounds could go a long way in Westminster. Local schools and hospitals would be unlikely to turn the cash down. Nor would residents be likely to complain about it being spent on roads or playgrounds. 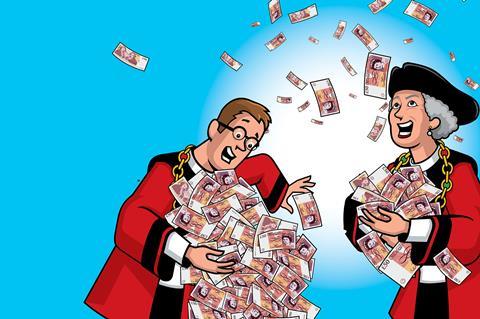 However, Westminster City Council is sitting on £250m in unspent developer contributions in the form of community infrastructure levy (CIL) and Section 106 payments.

This money is supposed to be spent on local infrastructure to mitigate the impact property development has on an area. Westminster is far from the only council to have so much of this cash sitting in its coffers.

Property Week analysed the infrastructure funding statements (IFS) of every London local planning authority that has published details of developer contributions received and spent up until the financial year ending March 30 2020.

These figures could be just the tip of the iceberg. As Property Week revealed last month, one in five local planning authorities failed to publish their IFS despite being required to do so by law by the end of 2020.

In London, seven local planning authorities – Lewisham, Ealing, Enfield, Kingston, Newham, the City of London Corporation and Old Oak and Park Royal Development Corporation – failed to publish their IFS. Of those that did publish, about a third provided incomplete data.

So, which London local authorities are sitting on the most cash? And why haven’t they spent this money?

They have to be accountable for how that money is spent

There have long been concerns that local councils are not spending developer contributions. A Property Week investigation in 2019 into CIL and Section 106 payments found that more than £2.5bn – or 63% – of the money that local authorities received from developers between 2013 and 2018 had not been spent. The investigation found that London alone accounted for 40% of those Section 106 payments.

As this investigation into IFSs has found, a lot of the money that London receives is still not being used. Westminster’s £250m in unspent developer contributions has been accrued through years of collecting millions more in CIL and Section 106 than it pays out. In the 2019/2020 financial year, for example, Westminster collected £80.56m but only spent £47m.

Some boroughs did attempt to chip away at their unspent balance in the last financial year. Barnet, Havering and Southwark respectively managed to spend £12.1m, £4.5m and £4.4m more than they collected. Even with these efforts though, the three boroughs respectively had £25m, £4.15m and £92.4m in dry powder as of 30 March 2020. 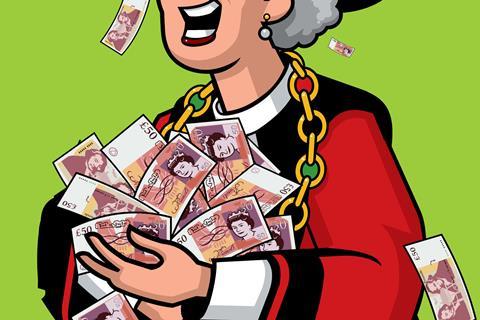 Barry Jessup, director at developer First Base, complains that through their collective failure to spend so much of this money, councils runs the risk of breaking promises.

“For me, a planning consent is a promise from the developer and the local authority to the community of what some of the benefits will be of the consent,” he says. “Some of that is design, but some of that is definitely CIL and what it will be spent on.

“Those are promises that are being made. The developer has no control over whether those promises will be kept when they hand the money over, so the only people that can keep those promises are the local authority. To my mind, they absolutely have to be accountable for how that money is spent.”

Nicola Gooch, planning partner at Irwin Mitchell, is equally critical. “The amount [London councils] have got stored up took me by surprise as they are significant amounts,” she says.

“My big issue is that all this shows that CIL is not achieving what it was intended to achieve,” she says. “They have not spent it, and they should spend it – it is there to be spent. The intention is that it goes on infrastructure delivery.”

Asked why local authorities have not spent the money they received, the legal experts and developers Property Week spoke to offer a variety of theories.

Some say that it could be down to political wrangling, with councillors hesitant to spend cash on certain projects for fear of how it could impact votes. One legal expert speculates that this could explain why some Conservative councils are hesitant to spend money on affordable housing for fear that “poor people will vote Labour”.

Robert Bruce, planning partner at Freeths, has a more forgiving explanation. “I don’t think they are intending to sit on the money,” he says. “It may be just because of inefficiency that they are not spending the money as quickly as they ought to.”

He adds that some authorities might also be saving up the cash to spend on larger projects – such as a bridge or a new school – rather than spending it on piecemeal improvements to the local infrastructure. Wandsworth council puts forward this argument to explain why it has not used its £170m unspent balance.

“This is money that has been allocated to various long-term, major infrastructure projects,” a spokesperson for the council says. “It includes, among other things, £27m we have set aside to help pay for the long awaited but also long overdue TfL scheme to remodel the Wandsworth one-way system.

“The nature of such major infrastructure programmes is that the collection of that funding must be made over a number of years, to ensure the necessary money is available to complete projects.

“Delivery of strategic projects can take a number of years to design and construct, often involving coordination with partner organisation such as TfL and Network Rail.”

A spokesperson for Brent council also says it is saving money up for larger projects. “The council does not consider it to be good financial practice or good future infrastructure planning to spend the entire SCIL pot each year,” adds the spokesperson.

A spokesperson for Barnet council says it is saving money up as well. “Much of the unspent money has been earmarked towards significant strategic infrastructure projects and will be spent once all project funding is secured.”

A Westminster council spokesperson makes a similar argument and says it will use the saved money on “an ambitious regeneration plan to provide more affordable housing and community spaces for residents who need it”.

These explanations do not satisfy Gooch, who notes that a lot of the unspent money is not allocated to specific projects.

“It’s actually worse than not spending it,” says Gooch. “A lot of their previous justifications on why they haven’t been spending comes from the fact that it takes a while to build up a pot for major infrastructure projects. I understand that. It’s a reason for not spending, but there doesn’t seem to be a valid reason to not allocate it.”

Whether they spend the money or allocate it, local authorities are now under more scrutiny than ever to do something with their developer contribution stockpiles.

They will need to publish an IFS at the end of every year from now on. The more such figures come to light, the harder it will be for councils to justify keeping such massive sums of cash in reserve.