At least according to the government, we should all by now be happily back behind our desks, doing our bit for the country by returning to the office. 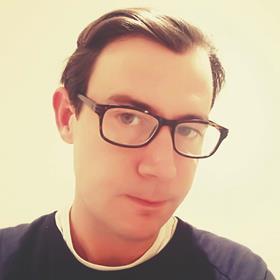 The “work from home if you can” mantra has been dropped and we must all “learn to live with Covid”.

If I’d lost a relative to the virus, I’d find the latter pretty offensive, but PR advisers in Whitehall obviously know better. Certainly, most of the cabinet is singing from Boris Johnson’s hymn sheet, despite the ongoing fallout from Partygate.

I am not belittling the value of face-to-face interaction. Far from it. However, I also have faith that industry leaders in all sectors are best placed to know what work can be done and where and when is best to do it. Moreover, I am convinced the government is shooting itself in the foot when it comes to the levelling-up agenda. Here’s why.

In the last year, I have both lost my mum and moved home to Newcastle after the best part of 20 years in London.

As a result of the painful process around mum’s death, I reconnected with two old school pals who were also moving home. Unlike me, they were the best brains in our year and have proper jobs. One is very senior in the Civil Service, while the other is equally senior at a household-name NGO. Both have to head back to the capital one day a fortnight. That’s it.

Despite hailing from totally different disciplines, the three of us have been able to relocate with little to no impact on our earnings. Indeed, the move has been a net positive for our respective disposable incomes.

So far as I can tell from the local housing market, we are far from alone. One Newcastle agent told me that local buyers were heartily sick of being outbid by people moving north having released London levels of equity, which is understandable.

But that collective additional spending power will do more for levelling up than a vague, 300-page-plus white paper will ever achieve.

People relieved of crippling London mortgages will be happy to spend in local theatres, cinemas and restaurants, not to mention proud local retail institutions, of which there are plenty.

Moreover, the levelling-up agenda has so far been little more than rhetoric and the white paper promises don’t get us much further. Don’t just take my word for it.

“What remains nebulous in the white paper is whether the policy plans set [out] will have adequate investment behind them,” commented Dr Arianna Giovannini, interim director of IPPR North, following its publication. “Without it, government rhetoric will fail, once again, to turn into reality.”

So far, commitments have been negligible. Yes, the Tees Valley will benefit from freeport status and HM Treasury’s creation of a new outpost in Darlington must be acknowledged.

But the fact that HMRC choosing to set up a new hub in Newcastle’s Pilgrims Quarter was framed as part of the levelling-up agenda was laughable: jobs are simply being transferred from edge of town to city centre. There’s no new spending power for the region.

So, far from telling everyone to get back to their desks in London, ministers would be well advised to keep quiet. London will survive any mini-exodus, but northern cities stand to gain substantially.