London streets to feel the freeze

As a Londoner concerned for the future of our wonderful city, I leapt at the chance to interview local government expert Professor Tony Travers for my podcast. 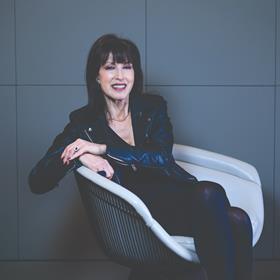 London has weathered four once-in-a-lifetime events in 14 years: the 2008-09 banking crisis, Brexit, the pandemic and now the Russian war in Ukraine, with the consequential uplift in energy prices and inflation. Plus, we have the challenge of climate change.

Nevertheless, Travers is broadly optimistic. “London is resilient. It has survived so much,” he says, reeling off the list of plagues, fires and the Blitz that London has overcome.

But with a growing population and a high concentration of deprived households, London’s boroughs are under increasing pressure. According to Travers, most are now spending 20% less on their services in real terms than in 2010.

“If you look at the services they’ve had to prioritise, such as social care for children and for older people, the amount of money then left for everything else, which includes street cleaning, street lighting, all the things we see just outside our homes and offices, that spending on neighbourhood services dropped by a massive 40% to 50%,” says Travers.

He points out that this is unsustainable and a big issue for central London: “Trying to keep the streets clean, decent-looking and safe, after 12 years of austerity, is very difficult. I think this case needs to be made far more convincingly by policymakers and the private sector.”

This brings us to the role of Business Improvement Districts (BIDs). I first met Travers more than 20 years ago on the Patricia Brown study trip to New York to look at whether BIDs could work in the UK.

Originally, BID services were to be additional. As Travers says, it was “absolutely axiomatic” that anything the BIDs did, be it street cleaning, providing new paving stones or better lighting, would be in addition to what the public authorities did.

“Now, particularly in town centres and central London, because of reductions in funding that national government has determined, unless the BIDs do some of these things, the boroughs can’t afford to provide the required level of service.”

Without BIDs, raising money through the BID levy and spending it locally, the quality of our streets and the streetscape would be worse. Travers adds: “The BIDs will be very, very important in helping central London and other town centres in London to not only survive but actually to build back.”

We will look to BIDs to provide some much-needed seasonal cheer in what promises to be a gloomy winter. The New West End Company provides the stunning West End Christmas lights (pictured), now emulated by other BIDs. It remains to be seen if these will be at risk due to the energy crisis.

Time to work together

New West End Company chief executive Jace Tyrrell, a tireless cheerleader for the West End, leaves London shortly for Australia. He tells me: “The headwinds are not pretty, but if there was ever a time to work together it was during Covid and the immediate period ahead with this impending energy and cost-of-living crisis sweeping across the globe.”

The City Corporation will be key to building back central London. Its ‘Destination City’ initiative aims to encourage people into the City with a seven-day-a-week leisure offer anchored to the City’s identity. This is important, as changes in office working patterns post-lockdown are affecting London’s business ecosystem.

The London mayor Sadiq Khan is an additional voice to champion London. He, along with the City Corporation and all 32 London boroughs, is backing Opportunity London, a new campaign to increase investment into London post-Brexit.

These initiatives along with BIDs and other public and private sector collaborations, will play a crucial role in enhancing the London experience, encouraging people back and ensuring that London remains a world-class city.

Susan Freeman is a partner at Mishcon de Reya. To hear the Propertyshe podcast with Tony Travers in full please visit apple.co/3wWXX6g