​London – the view from Mipim

After a pandemic-induced hiatus, it was a welcome return to Mipim last week, where more than 20,000 attendees tackled some of the big issues for the property, real estate and corporate sectors. 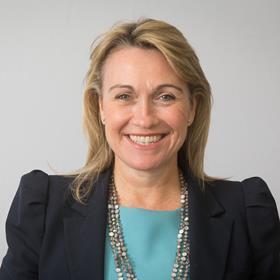 In spite of the buzz surrounding the four-day showpiece, the larger-than-anticipated turnout and the typically lively sun-soaked chatter, there is one topic that came up a number of times that remains an issue to be solved: namely how we ensure the future prosperity of our capital and other UK cities in the face of significant local and global challenges.

We are seeing many green shoots – workers have returned to the office and continue to do so in greater numbers, train companies are gradually increasing their services and retail footfall has risen. But despite these positive indications of London returning to some form of normality, the capital is yet to recapture the spirit of optimism and energy that existed pre-Covid. Crucially, big question marks also linger over major investment and infrastructure projects, which would help to supercharge the recovery.

According to new analysis by the LPA, London’s economic recovery from the Covid-19 pandemic has been stronger than that of large non-European capitals, albeit its future is shadowed by the lack of a long-term funding deal for Transport for London, as well as the effects of Russia’s invasion of Ukraine.

However, coupled with the ongoing levelling-up agenda, the increasing cost of living, the UK’s exit from the EU, the war for talent and encouraging workers to return to the office, London needs to redouble its efforts to ensure that it doesn’t fall behind the likes of New York, Paris, Berlin and Hong Kong – and it can’t do it on its own.

High street spending in the capital is still 10% below pre-pandemic levels, owing almost exclusively to losses in the Central Activity Zone, which relies largely on shoppers and workers coming in. It’s no surprise that spending in smaller UK regional towns rebounded more strongly than in the centre of London and other major cities that rely on office employees for high street trade.

I strongly believe that London’s best years lie ahead, but the recovery is not going to be smooth sailing and there are some thorny issues that need facing. Failure to tackle outdated business rates and VAT will continue to hit a high street that is already on life support. Failure to invest in Transport for London will put off workers returning to the office. And failure to address the increasing cost of living will blow the government’s levelling-up agenda into the ether.

London needs the support and financial backing from both the public and private sectors to ensure that it doesn’t just recover but so that the rest of the UK can reap the economic rewards of a thriving capital city.

Businesses situated in London have supply networks that span the entire UK. And while London businesses have demonstrated their adaptability and resilience, we urge the government to recognise this and be prepared to provide further help and investment as needed, standing shoulder to shoulder with the private sector. I had hoped to hear more about this vital collaboration in Cannes last week.

While economic disparities need to be addressed to tackle regional economic imbalances, there will be very little to level up if London falls behind its global counterparts. Mipim has demonstrated that the challenges London faces are global, but that overcoming them would require national investment, public-private partnership and local solutions.