Retail has faced significant structural change over the years – with an excess of retail space and the rise of online retailing, combined with the 2008 recession, leading to a swathe of retail business failures and consequent high street vacancies. 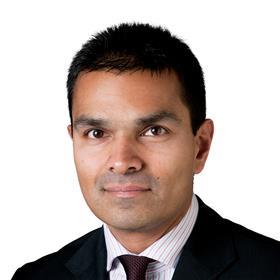 The demise of Woolworths in 2008 was just the start, with many high street staples falling into administration or entering CVAs over the years. This has been catalysed by Covid, with the likes of Debenhams and Arcadia Group notable casualties.

While there are brands looking to expand, including some exciting new entrants to the high street, fundamentally, retailers do not need as many stores as they once did to cover the UK market, given the continued strength of online retailing. This is particularly true for London – given the dominance of the West End and the strength of locations such as Covent Garden, Chelsea and Knightsbridge, and malls including Westfield London, Westfield Stratford and Brent Cross.

The government has worked to change planning laws over the years to allow for easier conversion of redundant retail space into other uses – and investors have embraced this, with myriad repurposing plans encompassing single units all the way through to entire malls.

A popular change of use is residential. Conversion to office space in central locations has also proved popular, with some of the major West End department stores, including John Lewis, M&S and Fenwick, all with works under way to turn less productive retail space on upper levels into office space.

But it is the rising repurposing of space to curated leisure and cultural venues that I’m interested in, given the success of concepts such as Boxpark (which now has three locations – in Shoreditch, Croydon and Wembley); Pop Brixton and Peckham Levels (both part of the Make Shift group); as well as Catford Mews and the newly opened Reading Biscuit Factory (both owned by Really Local Group).

These venues capitalise on gentrification across London, driven by historically low interest rates since the 2008 recession.

Rising house prices in central London since then have led to a significant influx of young, affluent professionals to places like Brixton, Peckham and Catford, but the leisure and cultural offer in these locations has not kept pace. The likes of Pop Brixton and Catford Mews focus on redressing that imbalance. As Really Local Group founder Preston Benson puts it: “It’s about putting the heart back into the high street.”

Benson very much sees Really Local Group’s mission as “putting an end to ‘commuter villages’ and turning them into true communities”. In a way, he says, it is “putting things back to what they were”. He points to the fact Catford was the cultural capital of Lewisham for decades, but the last multiplex cinema there closed 20 years ago. 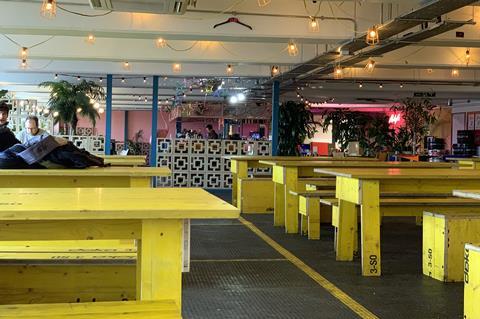 Really Local Group took a 25,000 sq ft unit in the Catford Centre mall and repurposed it into a cultural venue including a three-screen cinema, a live music venue, a bar, a café, an area for local food vendors and flexible community space, all co-designed and planned in careful consultation with the community.

Peckham Levels has transformed seven levels of an underused multi-storey car park in Peckham into a cultural destination and workspace for local creatives. The scheme was designed to showcase the cultural talent at work in the area and offer affordable workspace for local artists and entrepreneurs.

Unlike many companies that seem to focus almost exclusively on the ‘environment’ part of ‘ESG’, the likes of Make Shift and Really Local Group take the ‘social’ part very seriously – with social impact a key measure of success in addition to turnover and EBITDA. Food vendor tenants are local businesses on flexible turnover rent deals, and employees are paid the London living wage in all venues.

Many communities have arts groups with no place to meet – these venues provide that. They are fully accessible to all and bathrooms are open to the public. Wifi is also free, giving local people an alternative to WFH. In Catford, the cinema has been designed to be financially accessible, with some of London’s cheapest ticket prices, at £6.50.

The trend toward leisure and cultural repurposing is not just a UK phenomenon either – successful international examples include Union Market in Washington DC, Chelsea Market in New York’s Meatpacking District and Mercato Metropolitano in Berlin. Benson has plans to take Really Local Group to the US, with the Bronx in New York a potential target location.

Many similar repurposing projects are under way across London – both large scale, such as Battersea Power Station and Elephant and Castle, and smaller and more local community-focused, including Make Shift/Really Local Group schemes in Hackney Bridge, Ealing, Hayes, Bermondsey and Canning Town.

With so much new residential development planned in and around London, such schemes are growing in importance and relevance, to ensure that the leisure and cultural offer keeps pace with this growth, and that each local community has a place for people to come together, work, socialise and have fun.