In late May, it took half an hour to half-circle the unfinished 330m-long Google Plex at King’s Cross, including stops to gawk and wonder if this skinny, 11-storey landscraper will one day become an object of Ozymandian curiosity. Maybe a stop on the tourist trail? 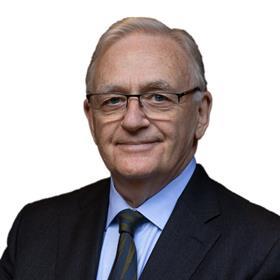 Guides explaining how this 1m sq ft hulk was shaped by the pervading notion in the 2010s that staff would happily rest and play at work. “Look,” the guide will say, pointing at the top-heavy roof. “Overgrown gardens and a mossy running track lie up there.”

A harsh conceit, perhaps. But these imaginings were sparked last week by UBS offering to sublet two of the 12 floors in its 700,000 sq ft ‘Engine Block’ at 5 Broadgate – as so many staff are allowed to work from home. Last month, I suggested class-A offices in class-A locations might well be protected from a retail-like fall in values. I’m not sure now. Long leases will protect landlords from the vagaries of ‘grey’ market sublet space. But as demand falls, so will prices, however attractive the work and play spaces.

Google likes BYO – build-your-own. Risky, but hell, we have the money! Very risky. Permission was granted in 2013. Completion was pencilled in for 2017. Word was handed down from Mountain View HQ in California that bolder designs were needed. Google tasked Thomas Hetherington and Dutch architect Bjarke Ingels Group (BIG) to sex up the offices. Work stopped and started. Cost guesses have risen from £650m to more than £1bn.

Fortunately, Google is still expanding. They will have enough staff to populate the running track, gym, pool and roof gardens in 2023-24. Even so, the Google Plex (pictured) somehow feels like a monument to a dimming age – an age where rest and play always have to be provided alongside work. I hear another tech giant is seeking 500,000 sq ft in London. Will it spend a decade creating a half-billion monument? No. There is plenty of space to rent.

The sponsor body set up to guide the Restoration of the Palace of Westminster was shot in the Commons on Tuesday by backwoods MPs who hated the message.

The thought of a 20-year exile from 2027 while a £7bn to £13bn restoration takes place has proved too much to bear for the harrumphing ‘remainers’. Reclining on the green and red leather benches while workers tiptoe around them is now the preferred option. Head of the sponsor body Sarah Johnson threw up her hands and resigned in May.

The National Audit Office says £145.5m has been spent since 2020 developing a project that has been spluttering along since 2012. In 2015, costs were estimated at £3.8bn. In 2018, preparatory work was sanctioned. Since then, £256m has been spent on expanding accommodation on Whitehall, including £70m on stillborn designs for a temporary chamber in Richmond House.

Taxpayers’ money, much flushed down the drain. Who is to blame? The MP leading Tuesday’s debate, Michael Spencer, says parliamentarians in charge have “lost confidence” in the sponsor body. The feeling is mutual, says one member, sick of dealing with a changing B-list of MPs and peers nominally in charge.

“We’ve had a succession of three different SNP people, a Tory who never turned up, a new red-wall Tory who then got promoted and Sir Edward Leigh, who admitted that his role was to kill off the project.”

Well, that seems to have worked. What next? Two bodies rather than one will now be set up, thanks to the machinations of those who shot the messenger. “It is clear the only thing that ultimately the Commons will agree to is a glorified maintenance project,” says the member of the disbanding sponsor body.

Labour’s Dame Meg Hillier says: “It is outrageous that the very body that legislates and passed an act of parliament to set up this structure has dismantled that in a secret, mineral-water-filled room.” That’s parliament.