Ginger Rogers did everything Fred Astaire did, but ‘backwards and in high heels’, which is how we see equity markets trying to decipher commercial property valuations. 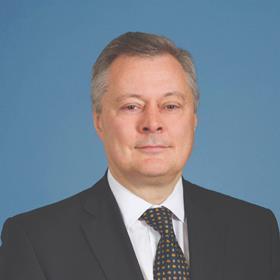 What share prices in the UK’s public real estate market (REITs) do one year, property values in the private market generally do next. Equities are efficient, forward looking, and continuously priced. Property valuations aren’t.

Appraisers were much too slow in recognising the ‘Amazon effect’ on physical retail. Falling rents and shrinking space culminated in an acute multiplier effect on shopping centre income, capital values halved and, after reading the latest Next report, they probably have further to fall. Real estate is a long-only industry and appraisers have at least been quicker to mark up logistics values, the other side of the retail trade.

The tipping point in the RICS’s 154-year history was the Standards and Regulation Board commissioning and recommending the adoption of the Pereira Gray ‘Independent Review of Real Estate Investment Valuations’ report (December 2021) amid concerns over embedded conflicts of interest. It’s the real estate equivalent of the UK’s currency decimalisation when 20 shillings became 100 pence.

Issues arise from surveying firms generating fees for valuation work alongside other advisory services and the relevance of traditional valuation approaches to modern market dynamics.

In many respects, the Pereira Gray report is the earlier Carsberg report with teeth to tackle potential conflicts in the valuation process.

The ‘practice gap’ is being closed between auditors and appraisers, with the report recommending introducing valuation compliance officers but stopping short of requiring the spinning off of valuation practices. It’s the same single-versus-dual-capacity debate as audit/advisory and stockbrokers/stockjobbers. The latter is reminiscent of the evolution of 20th-century stockbroking research into improved 21st-century investment banking research post the Spitzer settlement.

A key concern is valuing structured investments, which seems to fall through the competency gap between valuation and audit. A 50% share of a £100 asset isn’t necessarily worth £50, with minority interests trading at potentially significant discounts to face value.

Hammerson’s UK portfolio was continuously valued by the same firm for 17 years rather than being rotated. An academic paper, ‘The Influence of Valuers and Valuations on the Workings of the Commercial Property Investment Market’, found the practice of ‘negotiating’ valuations led to more than half of valuations challenged typically being revised upwards.

The distinction between value, price and worth is not a matter of semantics, with valuation an exchange price and worth being what you buy. The Pereira Gray report shifts valuation from ‘all-risk yields’ to discounted cashflows (DCFs). REITs have dabbled with DCFs in the past, such as intu (née Capital Shopping Centres on its formerly prime Lakeside centre) and PHP as an alternative valuation, which read higher than Red Book valuations.

A cynic might observe that a DCF valuation can be backsolved to the Red Book with the right combination of discount and growth rates so nothing much changes. REITs with brand values and integrated asset management and development platforms can, we maintain, sustainably break through their ‘concrete NAV ceilings’, which is what PHP has proven. Building depreciation and ESG capex on going green are rolled up in Red Book valuations, which need to be unbundled – otherwise REITs retain these economic costs with the risk on the upside.

Landsec and British Land shares trade at 25% discounts to their NAVs and this gap persisted before the stock market correction. The rule of thumb that REIT shares trade at next year’s NAV works briefly and infrequently. We think if you nail REIT share valuations to the NAV mast, then shouldn’t the future management costs be deducted and a conglomerate discount applied? This gives a through-cycle discount of around 5% before adjusting for debt and development risk and management strategy.

The Fred and Ginger ‘valuation two-step’ will probably be a period of dual reporting of Red Book and DCF-derived NAVs, but implementation is unclear. We wouldn’t be surprised if there was a vigorous rear-guard action by the Red Book traditionalists to maintain the status quo, which after all works in steady letting and investment markets. For the time being, Red Book NAVs are likely to prove ‘sticky’ as they are more familiar and likely to read lower.

We have grasped the nettle to improve on the accounting returns of annual NAV plus dividend, which REITs report. We have adopted DCF-derived REIT share valuations based on risk-adjusted cashflow as a measure of the REIT worth as a business rather than the Red Book-based proxy of the portfolio’s break-up value. This still favours the beds, meds and sheds over shapeless portfolios laden with legacy assets.