On 14 January, dozens of protesters gathered outside the Surrey Vault music club in Bristol. Following noise complaints from some of the residents in a new block of flats nearby, the club was forced to close its doors for the final time in November last year.

This scenario has become all too familiar for music lovers across the UK. Noise disputes have led to the closure of many historic music venues in recent years, stoking fears that a key part of the UK’s cultural scene is in danger of disappearing.

Statistics by the charity Music Venue Trust do nothing to allay these fears. They show that 35% of music venues across the country have closed in the past decade.

But in January, the music industry was offered a glimmer of hope after the government pledged to implement a piece of planning legislation known as the Agent of Change principle. The principle, which is expected to be in place by the summer, will place the onus on developers to manage the impact of existing noise from venues on new residential developments.

But while on paper it is good news for music venues, which will no longer be held solely responsible for limiting the noise created by their establishments, will it be enough to stop them from closing?

As the UK’s housing crisis has deepened over the decades, housing density has increased in city centres, resulting in more homes being built next to established clubs and music venues.

The sound of silence

This in turn has led to costly appeals and fines for venues over noise. Between 2010 and 2014, for example, Brighton saw the closure of two well-loved venues – The Freebutt and The Blind Tiger Club – following noise complaints.

Similar scenarios have played out in many other cities across Britain. In 2009, Cardiff’s The Point went into voluntary liquidation after undertaking “a huge amount of work to soundproof the venue”. This, coupled with difficult trading conditions, meant the owner was unable to meet its liabilities.

Six years later, in Manchester, the city’s popular Night & Day club was embroiled in a noise abatement battle. Thankfully the club survived. London venues have been less fortunate. The capital saw a 35% fall in the number of venues between 2007 and 2015, from 136 spaces for new performing artists falling to just 88, according to London’s Music Venues Taskforce.

Music Venue Trust and industry group UK Music have done much to boost support for London’s remaining clubs, launching a campaign in 2015 that has been backed by the likes of Sir Paul McCartney and Pink Floyd’s Nick Mason. But it wasn’t until 10 January — when Labour MP John Spellar tabled a motion in a private members’ bill on the subject — that the government waded in, with housing secretary Sajid Javid pledging to add the Agent of Change principle into the UK’s National Planning Policy Framework.

The move was met with widespread support. “It removes a threat,” says councillor Gerald Vernon-Jackson, the Local Government Association’s culture, tourism and sport board chair. “If you move into somewhere that is near a music venue then you need to do that with your eyes open and not expect to be just moving into a residential address.

“It’s absolutely right that you take that level of fear and risk away from venue owners because they have enough pressure.” 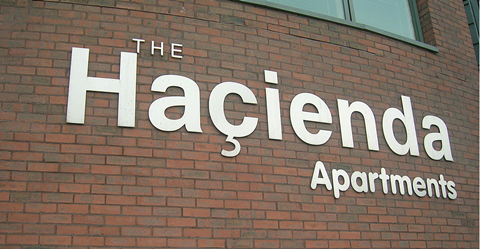 The battle over noise control, however, is just one of many pressures that venues are battling. For ex-Hacienda DJ Dave Haslam, who has written extensively about the industry over the past 20 years, tough licensing laws are a major problem.

Explaining the 1997 closure of Manchester’s legendary Hacienda club, which was later turned into flats, Haslam says: “The police lost their patience with us. They were probably right to do so but in some [more recent] cases they act too swiftly; their powers are more draconian than they were 20 years ago.”

Police on my back

He cites two examples of what he regards as overly harsh treatment. “The Arches in Glasgow closed in 2015 following police action, despite their consistent attempts to keep drugs out of their club. In 2016, Fabric in London was another victim of very hostile police attention.”

Haslam believes that new property development has been a major contributing factor to the demise of UK venues.

“Councils and planners are prioritising monetary gain over the cultural assets of their city. Retail developments, initiatives like Crossrail in London, developers demolishing buildings to make luxury or student apartments; all these things have contributed to dozens of venues closing.” 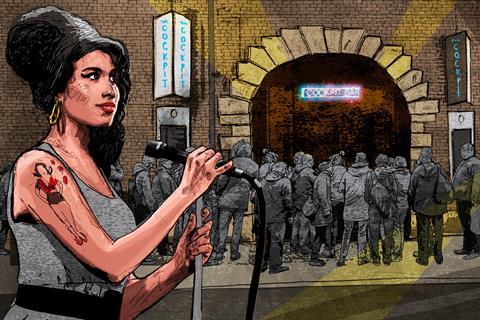 A number of recent closures would seem to support this assertion. In 2009, the London Astoria closed and was later demolished to make way for Crossrail. In 2015, the 12 Bar Club – which hosted music legends including Jeff Buckley – was also forced to close its premises on Denmark Street because of the rail project.

It is not necessarily the developers that are solely to blame, however, argue some of those in the firing line.

“While some developers can no doubt do more to support the communities they’re in, many venues have also shut down due to pressure from local councils or other authorities or simply being commercially unviable,” says Moda’s acquisitions director Oscar Brooks. “It’s unfair to blame the property industry wholly for this.”

He insists that Moda looks to fully immerse itself into each city that it develops in and supports performing arts and culture.

“We are not selling these homes, rubbing our hands together and moving on to the next project. We are going to be here, managing these destinations for the foreseeable future, so we need to work with our surroundings to activate the experience, not work against them.”

It’s unfair to blame the property industry wholly for this

Katie Popperwell, the creative consultant for Allied London’s St John’s development, echoes this sentiment. “We’re not in the business of shutting down music venues, quite the opposite in fact,” she says. “In May 2016, we established a new music venue, Low Four, in the basement of Old Granada Studios.

“Ultimately, city centre living is always going to involve sharing your neighbourhood with night-owls, music fans, diners and revellers. We just need to make sure there is peace to be found among that vibrancy and that can be achieved through high-quality design, materials and management.”

This will not protect many smaller clubs — and even prime venues — from being hit by crippling business rates, however. In January, London’s glamorous Kensington Roof Gardens announced its closure after more than 35 years of trading.

Colliers International head of rating John Webber noted at the time that rate rises were a big issue for the entertainment venues industry.

“There has been a lot of comment about how pubs and bars across the country are closing because of onerous business rate rises but it’s interesting that the high-end London leisure scene is being affected too,” he said.

Wider financial pressures have also prompted venues to sell-up, says Savills associate director of planning Danny Collins. “One of the main issues for venues is that higher land values mean the owners of that property want to redevelop it for residential or for more financially beneficial uses.”

For campaigners, however, the hope is that the Agent of Change principle will at least alleviate one pressure on the music industry. As the LGA’s Vernon-Jackson notes: “We’re losing venues all over the place so [the Agent of Change] is a small way of making them viable.”

So, now that the government has set the wheels in motion, what exactly does this mean for developers?

“Most notably a higher standard of sound insulation will be required to provide reasonable resistance to noise, which will of course impact on cost,” explains Allied London’s Popperwell. “On balance, however, this will mean fewer complaints from sleeping residents and allow developers to benefit from certainty, reduced risk and, ultimately, reduced expenses.”

Popperwell says it is unlikely that Allied London’s current developments will be affected by the changes in legislation, but notes in contrast how the developer is working with residents in Manchester to reduce the impact of a new performance space it intends to build as part of its St John’s development.

“The venue will be surrounded by residential, retail and leisure, so ensuring sufficient soundproofing, and management of load ins, derigs, crowd flow and taxi ranks from the beginning is crucial,” she says.

Manchester’s Hacienda closes after 15 years of trading. The club was the brainchild of Factory Record co-founders Rob Gretton and Tony Wilson. It was later turned into flats

London’s Madame JoJo’s in Soho shuts its doors. The club had its licence revoked after an incident outside. Recent reports suggest the club could be reopening

Glasgow’s The Arches goes into administration. It had been hit by stricter licensing terms after police complaints over drug- and alcohol-related incidents. In the same year, the 12 Bar Club in London closes as a result of Crossrail

However, placemaking is not always a priority for developers, asserts one senior industry source. Some ‘for sale’ developers could be hit hard by the government’s planning changes.

“Developers with for sale product ultimately don’t have the investment in that long-term community that a rental operator would have so they’re less inclined to take [placemaking] seriously, let alone embrace the fact they’ve got a vibrant community around their development,” the source notes.

Elsewhere, there is an acceptance by some experts that the changes could lead to more developers buying venues to avoid issues down the line. Savills’ Collins certainly believes this is plausible and he also questions how effective the principle will be in truly protecting venues from noise complaints.

“I’m not sure this will change too much. If you think about whether it will be added retrospectively, which it won’t, there are still thousands of places, where people live, around noise-creating venues and those will still exist,” he says.

Collins worked on Late Night Management Areas research for more than three years in Sydney where the Agent of Change principle is currently being trialled. He highlights the importance of venues and developers working together to reach an effective solution.

Times they are a changin’

In the months ahead, eyes will inevitably turn to upcoming residential projects across the country to see how they are affected.

In Bristol, for example, long-standing music venue Thekla has raised concerns over Complex Development Projects’ residential scheme, Redcliffe Wharf, which would sit opposite the club. The club fears an increase in noise complaints could threaten its licence.

Likewise, it will be interesting to see how the development of Liverpool’s Baltic Triangle – home to a host of bars and clubs – will fare, with hundreds of homes planned for the area.

However, schemes are unlikely to be abandoned, says Vernon-Jackson. “I don’t see schemes being scrapped as a consequence. Any developer who is worth doing work with, will know how to work with local communities and local people and will come up with sensible and imaginable ways of working.”

UK Music chief executive Michael Dugher also urges developers not to fear the changes. “This is not anti-developer or anti-new housing. We want to keep what makes our urban centres attractive. We need more affordable homes but also need a planning system that works fairly.”

For the most part, the impending changes are seen as an attempt at discouraging what Vernon-Jackson describes as “shoddy development” — and there’s consensus among the property and music industry on this.

As the British Property Federation’s assistant director of real estate Stephanie Pollitt says: “Good developers would have been soundproofing their buildings anyway but this ensures there are no grey areas: it’s black and white.”

Such clarity will only aid developers in creating homes and communities within which people will truly want to live and, hopefully, ensure that new housing and culture are able to thrive together for years to come.