Negotiation with tenants is vital

For some time now I’ve enjoyed following my old friend David Cooper’s epic battle on behalf of a quite unique business in London’s Jermyn Street that sells incredibly expensive carpets. 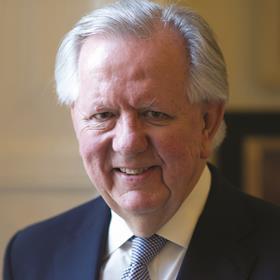 Many readers will know David — a larger-than-life character, hugely experienced and one of the sharpest legal minds in the business. He’s been acting for several years now for S Franses, which for more than two decades has been in business tucked in the corner of the Cavendish Hotel on London’s Jermyn Street, one of the most prestigious in the capital and home to several internationally renowned brands and restaurants. Many of them have been there for decades, even centuries.

Some time ago, the hotel’s owner moved to refuse S Franses a new lease on the grounds that it wanted to use the space to create two A1 units in place of one.

Cutting a very long story short, David managed not only to appeal the original ruling in the hotel’s favour to the Supreme Court, leapfrogging the Court of Appeal, which is pretty unusual in itself, but was able to persuade the court that, in the words of another of my legal heroes, Lord Jonathan Sumption, a landlord can’t rely on works he would not have carried out if the tenant had left voluntarily. It made headlines at the time because as my readers will appreciate, this is pretty fundamental to the interpretation of the 1954 Act. 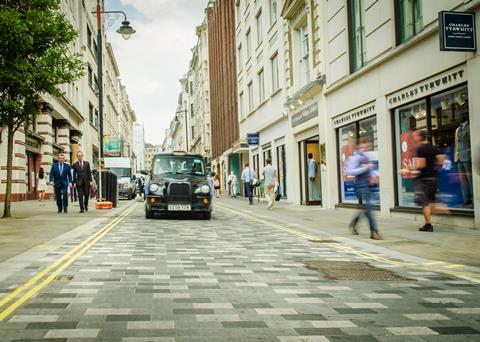 But the story doesn’t end there, because since that 2018 decision no new lease has been agreed and S Franses has been holding over. As the pandemic has wreaked its havoc, there are now several vacant premises in Jermyn Street and Cooper argues that new rents will no longer be agreed at pre-coronavirus levels.

My own view is that this has still to be tested. It’s true that more flexible working will reduce the number of commuters visiting the capital five days a week. But we will surely see tourism return strongly in 2022 if not this year, and London does have a very special allure to visitors throughout the world. Plus we’ve seen even in the past 10 days just how keen people are to get back to normal. Every outdoor table in every restaurant and bar has been rammed with people just enjoying the chance to meet in person, even if on occasions they found themselves doing so in subzero temperatures.

It’s also true that certain parts of London including Soho and certainly Jermyn Street are simply unique. A gallery like S Franses doesn’t sell online. Its customers want to see and feel.

Where Cooper surely does have a point is that government must now look more urgently at the fundamental relationship between landlords and tenants. Over the past few years, it has become increasingly acrimonious. CVAs have had a huge impact in some cases and landlords have been the losers.

Funds that assumed they had forward income from long-standing businesses have found themselves holding empty space. They have also taken a big hit during the pandemic as the government calculated there were more tenants than landlords.

But tenants too have had a terrible time, particularly if they were anywhere in the hospitality industry. Many have simply thrown in the towel. Turnover rents may be one way to encourage some back, but they aren’t a panacea.

Cooper argues that upward-only rent reviews should no longer be the norm. This won’t be popular with landlords, but there is surely an argument for aligning rents more closely to current market conditions. The best deals are those where both sides win. Landlords invest in space to deliver a return on their investment.

Tenants want to run their business and need space to do so. It’s always a negotiation. And perhaps that’s the real key to how the relationship between landlord and tenant needs to be reimagined.