Everyone agrees that living more sustainably is a necessity if the UK economy is to successfully transition to net zero by 2050 – and there is no time for dither or delay. 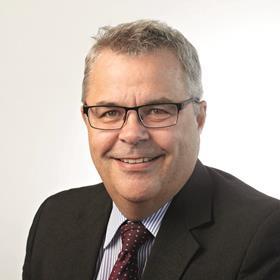 In the last few years, the corporate world has become obsessed with a new buzzword: ESG. Investors, both small and large, are racing to ‘green up’ their portfolios to position themselves as driving the world’s green revolution.

In addition, there is no doubt that responsible investment funds are growing in popularity among investors. According to the Investment Association, UK retail investor net sales into responsible funds totalled £12.4bn in the 12 months between February last year and this January.

But while the corporate world begins to clean up its act, little attention is being given to advising and supporting consumers, and more specifically homeowners, on the transition to zero-carbon living. The importance of doing so cannot be underestimated as the UK’s housing stock, via domestic energy use, is currently responsible for 20% of the UK’s total emissions.

The government has rightly taken the lead on ensuring new-builds in the UK are greener. Earlier this year, it set out proposals to change building regulations to reduce greenhouse gas emissions but eventually decided not to bring forward its proposed future homes standard from the scheduled 2025 commencement date, disappointing advocates of greener homes.

For consumers, this is likely to be a backwards step because householders buying brand-new homes in the next four years are likely to find an unpleasant surprise awaiting them in the future: homes built today will have to be retrofitted with energy efficiency measures and low-carbon technology. The Committee on Climate Change put that at an average cost of more than £20,000.

These extra costs would amount to more than £20bn for the new homes built up to 2025, if the government’s targets of building 300,000 new homes a year are met. The costs to consumers could be avoided if ministers bring in low-carbon standards sooner.

There is a way to avoid these costs: deliver zero-carbon homes today that are lower cost to run than traditional homes. The tech already exists to build homes that emit no emissions via utilities such as heating and electricity.

Branded ilke Zero, it will see ilke deliver up to 2,000 homes that are zero carbon in use each year in a bid to tackle both climate change and the chronic housing shortage.

Created using offsite manufacturing methods that improve levels of airtightness and integrate low-carbon technologies, the homes could cost homeowners next to nothing to power.

High energy prices have placed a worrying proportion of the UK population in fuel poverty, with the most recent government figures estimating that there were 3.2 million fuel-poor households in England in 2019 – roughly 13% of the total number of households.

Therefore, building to zero-carbon standards now is also vital to solving some of the UK’s most profound societal issues.

Achieving a net zero economy is just as much about consumer buy-in as it is innovation. The key to reaching net zero will be changing consumers’ choices, and by demonstrating that greener living is accessible and affordable, the net zero milestone becomes achievable.