On 9 November, a revised Code of Practice was issued by the government reiterating that where commercial tenants cannot afford to pay their rents in full as a result of the pandemic the parties should try to reach a negotiated agreement to waive or postpone arrears where able to do so. 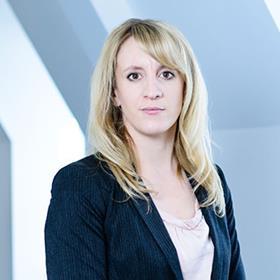 The updated code applies to all arrears resulting from the pandemic, including those of businesses not actually ordered to close during lockdowns.

The draft Commercial Rent Arrears (Coronavirus) Bill goes further, establishing a legally binding arbitration process for commercial landlords and tenants in England and Wales that have not already reached agreement. The bill is expected to come into force in 2022 and will apply to commercial rent, service charge and insurance arrears, but only those that accrued in periods when businesses were legally required to close fully or in part (e.g. restaurants that remained open for takeaways).

Either party will be able to apply for arbitration within six months of the legislation coming into force, and it is open to the arbitrator to award “relief form payment”, which may include a reduction of the tenant’s liability or allowing up to 24 months for repayment of the debt. The process should follow the principles in the code and any award should balance preservation of the tenant’s business and landlord’s solvency.

Forfeiture of any commercial lease for rent arrears will remain banned until 25 March 2022, and where premises were legally forced to close the new act will prevent landlords from bringing commercial rent claims for arrears that accrued in such periods. Proceedings issued from 10 November 2021 until the bill receives royal assent are likely to be stayed to enable the dispute to be referred to arbitration.

The bill does leave businesses that were not legally required to close but whose turnover plummeted in the pandemic, such as city centre food kiosks and suppliers to the hospitality industry, without recourse to the extra protection afforded by the bill. However, with many disputes already resolved it is to be hoped that parties in these circumstances will be guided by and able to resolve arrears disputes in accordance with the revised code.