New Egypt capital must be open to all

Editor: Having read Emanuele Midolo’s overview of Egypt’s new capital, my first thought was that there was one important aspect that could be included: the opinion of Egyptian people towards the mega city. 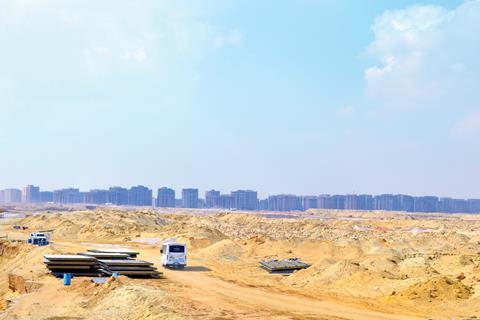 Unquestionably, the way Egyptians have dealt with the city’s development has contributed much to the progress that has been made so far. It is without doubt a daring endeavour, and one that can be successfully implemented in a way that meets the needs of Egypt’s people.

When it was first announced in 2015, the new capital faced much criticism across the media both locally and from around the world. It was perceived by some as a fantasy that would never bear fruit. However, a few years later and progress is clearly quite impressive.

The government’s decision to relocate to the new capital, along with parliament and civic institutions, clearly indicated its commitment to make this venture a success. This level of support and significant investments in laying road networks and new infrastructure have resulted in many Egyptian investors expressing increased interest in the mega project, further assisting with the growth of the economy.

The ambitious nature and scale of the project have also elicited a strong sense of national pride and support for the new city. As a result, in the second half of 2017 and throughout 2018 many Egyptians started buying property there. Several residential developments sold out within six to 12 months of their launch.

The new capital has the potential to offer an enviable quality of life with plentiful opportunities and healthy lifestyles for an expected six million Egyptians. Perhaps the main concerns are the issues of segregation and social inequality where only the rich minority are able to benefit from what the city has to offer.

Many still feel there might never be a place for them in the new metropolis. The government has vowed to make the city an inclusive one where a range of housing options at different entry prices are available to citizens from all walks of life. Only time will tell if these promises are kept.

The thrill and enthusiasm that come with the brand-new smart city must not distract authorities from the crucial need for it to be a home for a balanced and diverse community. This will ensure it can thrive and become a sustainable hub that will underpin Egypt’s growth and development for many generations to come.