No biodiversity pain, no gain

“Death by a thousand cuts” is the phrase David Lowe uses to describe a consequence of biodiversity net gain offsetting going wrong. 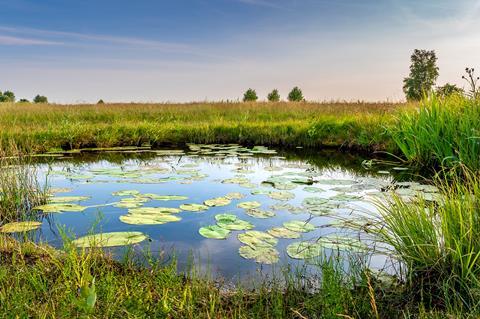 As delivery leader of ecology, historic environment and landscape at Warwickshire County Council, a leader in biodiversity net gain (BNG) practice, Lowe says he too often sees a change in ownership or management of a site resulting in destruction of habitat.

“I’ve seen bad transitions [from developers to management companies], where biodiversity offsetting [equates to] death by a thousand cuts,” he says, adding that many took the view that there was no point in introducing wildlife enhancements as they tended not be to looked after or monitored properly.

However, that is about to change. Under new BNG rules that will become law in 2023, all developments will have to deliver at least a 10% improvement in biodiversity.

Developers can either take action to improve the biodiversity of a site themselves or pay a fee for biodiversity improvements to be made off site and provide sufficient funds to manage that area of land for 30 years.

So how will the new rules be implemented and who will monitor progress?

Local authorities are at the heart of managing BNG and how each one manages it varies. Lowe and David Warburton, senior biodiversity officer at the London Borough of Sutton, give an insight into how the two authorities work.

In Sutton, any development assessed as delivering a net loss for biodiversity must either be improved to deliver net gains on site or the developer must pay a biodiversity tariff through a Section 106/unilateral undertaking obligation.

Warburton says the biodiversity tariff considers the full cost of the creation of new ‘valuable’ habitats (woodlands, wetlands and meadows) and their ongoing management and monitoring.

“Each habitat to be affected has a specific associated cost,” he says. “If a development is delivering, say, a net loss of one unit of woodland and scrub, the metric calculates the size of the necessary woodland creation offset and the cost of doing so.”

When more ‘urban’ habitats, such as back garden land or general landscaping, are affected, Warburton says the biodiversity tariff is then “a mean of the costs for the offsetting habitats we would wish to create, [such as] woodlands, wetlands and meadows”. He adds: “There is flexibility in what we could create [that would be] appropriate for the particular development in question and what our aims are.”

Sutton has mapped out numerous offsetting sites and projects, all on council-owned land, that are mainly on amenity grasslands in parks, says Warburton.

In Warwickshire, Lowe says those submitting planning applications to the county council already know a biodiversity impact assessment is needed.

On the question of offsetting, the county council has landbanked sites across Warwickshire.

“We have a couple up and running in Rugby. Stratford is inundated with people wanting to do good stuff with biodiversity. But north Warwickshire is slower as we haven’t focused yet on that area. There is a lack of landowners coming forward to us.”

Warwickshire has 60 farms to use for offsetting and is seeking more land so there will be no future shortages for those looking to offset. Developers can either find their own offsetting site or pay the council to find one.

“If a landowner wishes to charge more than my price, then a developer will just come to me,” says Lowe. “Similarly, a developer can come to me and say: ‘We can do it for this price – we want to sell our units and undercut the other person as a broker.’ That’s want we want to do in Warwickshire: we want to set up an open market.

“We don’t want a race to the bottom looking for the cheapest site, which could be the perverse outcome, so we need to ensure in planning regulation terms that the offset provider can manage that area of land for the amount of money they are going to get for 30-plus years.” 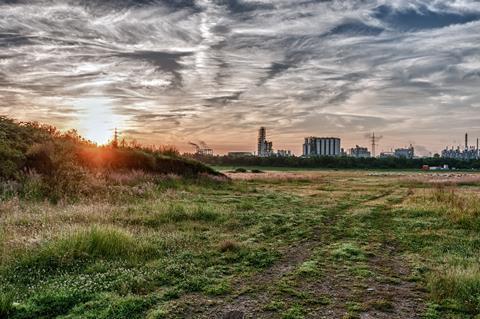 Lowe and his team monitor offset sites to check that the developer has done what they promised to do.

“We normally have it that the management plan, which has to be submitted and approved, should say they will carry out monitoring, and [submit reports],” he says. “If those don’t come in, we chase them down and review that monitoring.”

Section 39 of the Wildlife for the Countryside Act 1981 states a local authority can enter into agreements with landowners for the purpose of nature conservation, and Lowe says Warwickshire can use this legislation to ensure that biodiversity obligations are met.

“If you don’t do what you said you were going to do within the management plan as the landowner, we’ll take various steps of remediation,” adds Lowe. “If that doesn’t work and they are intent on reneging on their agreement, there’s a clawback clause and we’ll ask for money back.”

Maintaining land that meets high biodiversity objectives for a 30-year term is already costly, according to Emily Norton, head of rural research at Savills.

“These are expensive habitats to maintain,” she says. “You can’t expect it to be given away for free, [but the] more sites that are promoted and the more good relations between developers and landowners are encouraged, the more this will reduce the fear, and [encourage] everybody to participate in this marketplace.

“You will then have more sites available and the price will come down because you will have more competition”.

One of the key challenges currently facing developers is ensuring they are able to meet their BNG requirements for a 30-year period. That’s why Ben Brakes, head of sustainability at SEGRO, favours a partnership approach when it comes to managing BNG offset sites.

“We are long-term asset holders, but… [for those developers] who move away from that asset, the partnership approach is the only way to go to ensure someone is there doing what has to be done to become the nature credit it’s designed to be.”

SEGRO is taking advice from the Woodland Trust for its biodiversity offsetting, while Redrow has a partnership with The Wildlife Trusts. Nicola Johansen, group sustainability manager at Redrow, says the partnership has “created a dedicated, industry-leading strategy to improve biodiversity across our communities”.

As part of this strategy, Redrow has committed to several objectives and is seeking to exceed the government’s target for a 10% biodiversity net gain on all new developments.

“Our focus is on delivering for nature, whether that is on site or off site, although achieving this on site allows us to create nature-rich spaces that also benefit the health and wellbeing of the local communities in which we build,” says Johansen.

“We welcome the option to choose between onsite and offsite biodiversity net gain, as this offers greater flexibility. For example, it can be more difficult to achieve biodiversity net gain on smaller schemes, or where other requirements such as recreation amenities may be incompatible with onsite habitat enhancement.”

Redrow prefers offsetting sites to be close to its developments where possible. “Any organisation we work with needs to be able to provide effective management of biodiversity for the 30-year period,” adds Johansen.

Finding the right organisation that is capable of managing this process is crucial and it is important that developers vet potential partners, agree experts.

It’s about ensuring that there is transparency in the market

“If you are dropping a seven-figure sum to a wildlife trust, that is probably dealing with a scale of budget they have never had to deal with before,” says Tritax Symmetry planning director Jonathan Dawes. “You [could have] issues in terms of who that [money] would go to be administered.”

Regulating wildlife trusts that suddenly find themselves with hundreds of thousands of pounds to spend is a complicated process, agrees Lowe.

“If the money flows through the local authority to the wildlife trust, then we have more controls and more regulations to say where that money went and how’s it spent as part of the planning regulations and monitoring of Section 106s.”

However, if the money goes straight to the wildlife trust, Lowe says that as part of the Section 106 agreement, “there are stringent protocols they have to prove before they become a bona fide offset provider”.

These include knowing where the provider is going to put the money, where and how they are going to find biodiversity enhancements and what strategic documents they will put in place.

Ultimately, the onus is still on the developer to ensure they find a suitable offset site.

“They can’t just give a wildlife trust some money, and say ‘there you go’ and carry on building,” says Lowe. “That’s what I like about a regulatory system.”

Bringing together best practice and ensuring that all planning authorities are equally well resourced to act as regulators in this area is essential, says Savills’ Norton. “It’s about ensuring there’s transparency in the market and that the money is doing what it’s supposed to do – that is a key need.

With COP26 set to take place in Glasgow from Sunday, the media spotlight will be on the environment for the next fortnight. The property industry will be keenly watching proceedings so it can play its part in setting the green agenda for future generations, with BNG just one part of the bigger picture.