No surprise hybrid model is a hit

For 30-plus years, I thought of myself as part of the real estate industry. However, I’ve come to realise my role has at least as much to do with HR as it does commercial property. That’s because at a basic level, it is people-centric and empowers people to work more effectively, efficiently and happily. 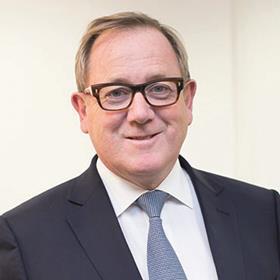 During the pandemic, our ability to free people from the dreaded commute became more important than ever. As a result, ‘hybrid working’ is now the preferred solution for millions.

I’ve often said that little has done more to add to the grinding misery of the human condition than the daily commute. The commute separates families, fractures communities, pollutes the environment and wastes time and money. And it only exists because as corporate structures grew more complex in the 19th and 20th centuries, there was no alternative to herding people into centralised spaces where they could be watched and managed – or, if you prefer, controlled.

This is the scenario that led to what was recently the most prevalent real estate model, with companies taking long leases on city centre spaces filled five days a week by unwilling workers. Those days are coming to an end.

For me, few statements better summarise the new approach to the workplace than this from Spotify: “Work isn’t somewhere you go; it’s something you do.”

We’re also at pivotal moment when the fear of technology as a dehumanising force is reversing, and it is instead increasingly seen as a power for ‘re-humanisation’.

I’m not alone in thinking this. Tanuj Kapilashrami, group head of HR at Standard Chartered Bank, said: “Our strong point of view is that as machines get better at being machines, humans can get better at being humans. The real magic happens when technology and humans come together.”

And that is the real prize up for grabs today: the opportunity to create a working environment where people are empowered to be at their best and happiest.

We have an amazing opportunity to add to human happiness and efficiency by creating flexible workspaces for tech-empowered workers and businesses.

IWG research shows that 72% of staff would forego a 10% pay rise rather than return to the old Monday to Friday routine. Nearly half would resign if told to return to the office five days a week.

This illustrates that the appeal of the hybrid model is only fractionally about working at home. It’s a third workplace option that’s most appealing. At IWG we’re finding that space in former dormitory towns, the suburbs, villages and the countryside is racing up companies’ property wish-lists.

And it works. For example, Standard Chartered has signed a deal with IWG giving 95,000 employees access to 3,500 of our offices around the world.

According to Kapilashrami, the hybrid-based, tech-enabled approach “opens so many opportunities”. She said: “We are trying to create the future of work, which is all about agile, collaboration, growth mindset and learning culture. Technology offers a massive opportunity to democratise access and give consistency of experience.”

That’s massively rewarding. And it’s why I welcome as franchisees and partners those landlords who would like to see their properties become part of the only truly global happiness network, enabling companies everywhere to put their employees first.