Now is the time to check business rate liabilities

With a global pandemic accelerating structural changes, particularly in retail, business owners have been hit hard. As the extended rating list cycle is coming to an end, there is a closing window to mitigate against complex business rate liabilities. 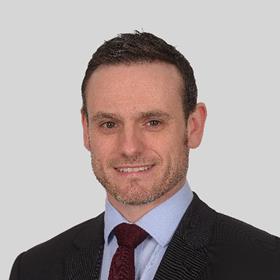 The government has confirmed that the 2017 rating list closes on 31 March 2023. Furthermore, the Uniform Business Rate (UBR) multiplier is expected to rise to over 52p in the £, up from its previous level.

The 2023 rating list is no easy feat, with many commercial property sectors showing a decline in rental values and a notable lack of transactions. The basis of assessment for the forthcoming rating list will adopt rental values effective 1 April 2021, based on rents agreed during the backdrop of the Covid pandemic.

The onus is on business owners to present their case for any reduction they believe is due – if they have not yet started, it is imperative to do so now.

What many ratepayers may not appreciate is that their 2017 rateable value could impact their liabilities once the 2023 rating list comes into force, due to transitional relief that will likely apply. If their rateable value falls significantly, their rates payable may not.

Today, average retail rents are down around 17.6% according to MSCI, which means that, unchecked, there is a chance some retailers will be paying thousands more at a time when any savings are greatly needed to keep tenants on the high street following the increase in vacant stores.

Offices are less easy to predict, particularly in city centres. Occupiers are holding on to their space either because they have not reached their lease breaks, or they are waiting to see what happens in the next 12 to 18 months.

Similarly, industrials have had a surge in rental growth, which may mean a major blow to tenants in terms of their liabilities come 1 April 2023. Transitional relief will also play a part where values have increased, thus avoiding large increases in rates payable.

Either way, it falls on the owners/occupiers to do their own checks, which they should do with a genuine expert who can advise them, so they are aware of their likely liabilities before the window closes. Cluttons is offering business owners a free audit of rateable values, which may highlight savings that can be backdated to 1 April 2017, potentially saving thousands at a time when it has never been more crucial.

Ryan Jones is partner of business rates at Cluttons