We are facing a snowballing problem in our city centres. They are still relatively lacking in residential real estate – which is not surprising, given that development in urban areas involves more risk and complexities than in suburban, out-of-town locations – and this is giving rise to sprawling ‘(sub)urbanisation’. 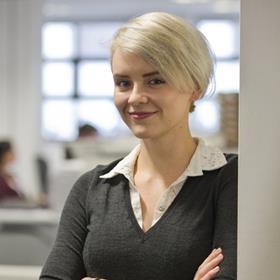 In parallel, for sites that are being developed in high-density urban areas, the focus is often on volume rather than placemaking - on ‘units’ instead of ‘homes’ - as a result of increased land and construction costs. This was always the easy option, with little incentive to do otherwise. It’s quicker and cheaper to build outside cities; for one thing, there is no VAT on new builds, whereas city-centre retrofits (i.e. office to residential conversions) carry a 20% tax.

But attitudes are changing, as the industry has recognised the urgency of decarbonising the built environment to meet net zero targets. The old approach is not sustainable – beyond the environment, true sustainability encompasses the health and wellness impact of buildings and their ability to meet future needs.

The pandemic has been another key driver of change, as it redefined what ‘home’ means to many, and expectations and priorities have evolved accordingly. Research by estate agency Hamptons shows that, last year, Londoners bought 112,780 homes outside the capital, a 62% increase on 2020 and the biggest exodus since 2007.

The past couple of years highlighted that the status quo is not up to scratch in urban developments, exacerbating the hollowing out of city centres as more people move away in search of value, greenery, privacy and more space to work from home.

The true meaning of sustainability

The construction sector has been laser focused on climate metrics, and legislation is tightening - for example, new regulations in June 2022 calling for CO2 emissions from new-build homes to be reduced by 30%. This is a step in the right direction (there is always room for much more) but it is important not to forget the other factors at play, most notably the ‘S’ in ESG: social value and creating sustainable communities instead of faceless units. More can be done to bring the same level of attention to the end users.

There’s still a strong case for densification. High-density living is necessary in areas such as Greater London, given projected population growth, the housing crisis and the government’s ambitions to build 300,000 homes a year. It is ‘blind’ densification that is damaging, and it is becoming increasingly vital to design the urban environment in innovative ways to meet housing demand responsibly and stem unrestricted urban sprawl. It’s the only way to support thriving city centres, and brings economies of scale and other sustainability benefits, such as maximising the use of existing infrastructure, transport links and amenities.

The challenge is to make city-centre living as attractive as living further out. That includes incorporating public spaces with ample greenery to give breathing space to high-density communities. Getting it right requires placemaking strategies with longevity at their heart, through collaboration and a cohesive approach to instil the sense of ‘togetherness’ that has been missing.

Let’s meet the challenge head on

In terms of solutions that can help future-proof our city centres, high on the agenda is cultivating closer private/public partnerships, which can ensure that wide-ranging needs are met and strike a balance between density and placemaking. It’s happening already, which is encouraging, but there is scope for more positive progress. One stand-out example is the partnership between Lendlease and Southwark Council to deliver the regeneration scheme at Elephant Park in south-east London– a vibrant community with quality homes and plentiful green space, where design and delivery were materially influenced by the views and needs of local stakeholders.

The role of the designer is also crucial when looking at smaller, denser homes to bring maximum benefits to the end user. This includes thinking about how to introduce biophilic design elements and make homes more flexible in use – such as enabling the transformation of living spaces into gyms and offices – without increasing apartment size. As designers, we have a responsibility to champion that social aspect, striving to push beyond what may be set out in the original project brief. We should be realistic in terms of what’s possible, but also work hard to optimise every bit of space.

If all parties working on a project are fully aligned on aiming for climate-related goals but also on delivering socially sustainable and attractive places that people are proud to call their home, we can kick-start local regeneration and cultivate stronger urban communities for many generations ahead. This relies on making smart decisions consciously during the planning and design phase. It’s time to transform the outdated approach and stop taking the easy way out.

Anna Kiho is head of living & communities at HLM Architects