What if there was a way for UK buildings to reduce both their emissions and their energy bills by a significant amount, for minimal financial outlay? 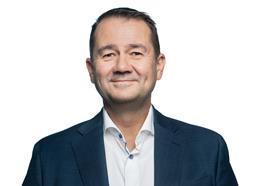 Improving the efficiency of our energy infrastructure would address issues of supply and emissions more effectively than measures such as October’s price cap, welcome though the latter is.

There are four main measures that the government could introduce immediately to drive efficiencies in our built environment, lowering costs for households and businesses with minimal strain on the public purse.

First, mandating energy efficiency assessments for all building heating systems within two years would significantly improve progress towards a more positive energy outlook. As it stands, all rental properties will require an energy efficiency rating of C or above by 2028, but this timeline is too long considering the £2.3bn in wasted energy that inefficient heating systems cost households annually.

In addition, Energy Assessment Surveys should address their disproportionate focus on insulation and address energy efficiencies at source. Replacing old, inefficient circulator pumps in heating systems, for instance, would facilitate savings of at least 5% on electricity – at a time when inefficient circulator pumps waste €7.5bn, not to mention 3.4m tonnes of CO2, across Europe.

Second, given that 80% of buildings that will be in use by 2050 have already been built, retrofitting this existing stock with efficiency improvements will be key to delivering a successful energy strategy. UK homes recently ranked among Europe’s worst for energy efficiency, but the 1.7m UK boilers that are retrofitted each year provide an attractive opportunity to improve efficiencies and minimise cost.

Hydraulic balancing alone can improve the efficiency of a heating system by as much as 20%, saving an average of at least £100 per year for an initial investment of £120. This payoff, for people’s finances as well as the UK’s carbon footprint, would be both quick and considerable – benefitting both households and businesses.

Next, district heating that uses renewable energy and surplus heat as its main energy sources is the most cost-effective way to decarbonise the heating sector. A UK equivalent of the EU’s “Fit for 55” proposal, which would increase the target for renewables’ share of the energy market from the current 32% to 40% by 2030, would help achieve this.

A similar plan developed by UK local authorities over the next two years would make district heat networks based on renewables a more attractive proposition for investors. Households and businesses could also be incentivised to buy into the district heating vision.

And finally, a public awareness campaign highlighting the benefits of efficient heating systems, not unlike the one reportedly blocked by No 10 in recent weeks, would address the knowledge gap around this issue.

More than a quarter of consumers never monitor the energy performance of their heating system, while a further 40% only check it once a year. A public-facing campaign that raises awareness of opportunities to improve efficiency among both households and businesses would complement changes to our energy infrastructure. It is an issue that our built environment, as well as the Government, can ill-afford to ignore any longer.

Bent Jensen is CEO of commercial building services at Grundfos