London is in the midst of a housing crisis and despite chatter in the media from politicians and pundits, little action has been taken. To meet London’s housing targets, we must look at creative, fast-track and sustainable solutions. No response ticks more of these boxes than over-rail development. 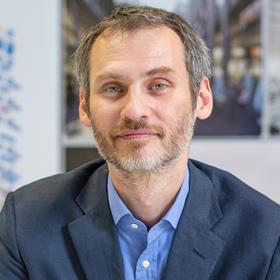 Engineering consultancy WSP’s 2018 paper, Out of Thin Air – One Year On, made a compelling case for over-rail development throughout Greater London.

London’s over-rail potential is enormous. In total, according to WSP, 23.5m sq m of available land associated to rail lines, compliant with Transport for London (TfL) regulations, is ripe for development. This equates to enough space to construct approximately 282,000 new homes, with Brent Council alone providing 22,500 of those new properties.

The mayor of London, Sadiq Khan, has suggested that the capital needs to build, on average, 66,000 homes per year. Over-rail development alone potentially provides housing numbers to satisfy four years’ worth of requirements.

Momentum behind over-rail developments has grown in recent years, but is yet to become mainstream thinking. Frankly, it needs to if we are serious about tackling London’s housing crisis.

Across the Atlantic, we can clearly see the potential of over-rail developments. Hudson Yards on the far west side of Manhattan in New York City – one of the most densely populated cities in the world – is the home of a new $25bn (£20bn) mixed-use development by Related Companies. Comprising residential accommodation, commercial office space, hotel functions and a shopping centre, more than a dozen buildings have either been erected or will be completed over the next few years. The development complex is immense – as it should be at a cost of $25bn – but the belle of the ball is that nearly the entire development sits elevated above 64 acres of live rail track.

While a carbon copy of the Hudson Yards development would clearly not be appropriate or suitable for London, it does provide a useful blueprint.

There is an increasingly limited amount of raw land available in London for ground-up development. As designers, we need to think creatively about our infrastructure sites as a means of providing the required new-homes quota. At present, market trends encourage developers to either demolish sites and rebuild new or carry out building use changes including office-to-residential conversions. Unfortunately demolitions are slow, expensive and unsustainable. Meanwhile, permitted development rights and office-to-resi conversions have been hugely divisive at the political level.

Over-rail developments inherently avoid these obstacles as they do not require new land – instead leveraging brownfield sites and incentivising landowners to diversify their revenue streams. 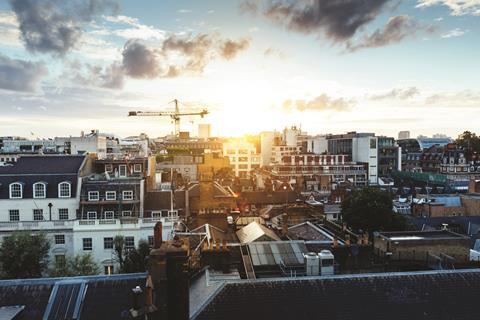 Innovative and intelligent design is at the heart of over-rail development success. Railway lines have traditionally not been viewed as fruitful land for redevelopment, but with intelligent and complex design the gap can be bridged, creating interesting and high-quality architecture in dense urban locations.

Moreover, the advent of pre-fabricated modular housing construction is perfectly suited to over-rail developments where sites are often constrained and difficult to access. Craning in newly packaged dwellings mitigates the negative effects of construction sites on neighbouring areas, including traffic and noise pollution, thereby creating a highly attractive living option in central London.

Delivering homes via a turnkey modular solution not only transforms unattractive infrastructure sites, but also helps increase the intensification of urban land in line with the London Plan.

Building over railway tracks and within the air rights above existing stations does not come without its challenges. For over-rail construction to take place, a suitable length of track exposed to the elements must be available. Rail tracks located in tunnels or under a bridge are not appropriate, which makes things surprisingly difficult in London, as much of our rail lines are under cover. Nevertheless, millions of square metres remain uncovered and highly suitable.

Proximity of the site to a station can be a planning hurdle, as TfL regulation stipulates that new houses must be located within 1.6km of a station – roughly a 20-minute walk. Given that many over-rail development sites comply, there is still a quantity of track that could be built upon that sits outside this acceptable radius. Finding ways to unlock this land is paramount to getting over-rail developments built throughout London.

These constraints, although demanding, are small fry compared with the housing crisis.

While the capital’s population continues to grow at rapid pace, little action is under way and housing targets are being missed. We are now at a crossroads in the housing crisis: do we continue to chug along, ineffectively, or do we get serious and use the abundance of space over our railway lines? As the saying goes, trains always arrive at your station; the question is: which one to take?