Plan-making vital to levelling up

The Levelling Up White Paper, which focuses on tackling regional disparities across the UK, is essentially a manifesto for levelling up everywhere, not just north versus south. 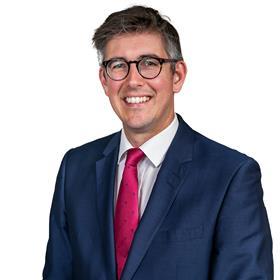 However, low provision of housing could restrict the potential economic investment through the levelling-up agenda in England, according to Savills’ latest research. This is particularly the case in areas that have not pushed adopted housing targets beyond the present standard method of calculating housing need.

An increase in the supply of homes, linked to productivity growth, will be central to the successful rebalancing of social and economic opportunities across the UK. But this will not be achievable without systems to distribute new homes in city regions and across local authority boundaries.

Given that levelling up is about increasing productivity and economic growth in many areas, thought needs to be given to building a housing need metric that reflects this, aside from the self-determined growth ambitions set out in local plans. A baseline for housing need and delivery should not react just to current affordability issues, but also to planned economic investment.

Unlike in Wales and Scotland, there is no requirement for strategic spatial planning in national planning policy in England. But with mayoral devolution a central feature of the levelling-up agenda, combined authorities should play a significant role in driving large strategic infrastructure projects and cross-border housing and employment provision. However, the form of devolved local government will need to properly recognise the role of a joint strategic development strategy, and fully incorporate it into local plan-making.

Despite the clear importance of strategic planning in achieving levelling-up goals, only 61% of local authorities in England in the government’s highest-priority tier for levelling up are part of an existing partnership or structure to produce a plan at this scale.

Of those that have partnered, 49% are in a non-statutory arrangement, meaning there is no mechanism for binding the participating local authorities to implement a common plan once adopted.

One challenge of delivering housing as part of levelling up is identifying an adequate supply of land, the research found. There is very little vacant housing stock across the UK, even in the locations that are economically underperforming.

Tier-one authorities have an average land supply of 6.5 years, suggesting there is potential land availability to increase housing supply in the short term.

In the longer term, urban authorities with a strong pipeline of planned investment may need to place heavier reliance on strategic planning mechanisms in order to achieve a growth in housing land supply and positively embrace the growing economic sectors required to boost productivity.

The Levelling-up and Regeneration Bill will replace the ‘duty to co-operate’ with a more flexible ‘requirement to align’, which aims to simplify the plan production process.

It remains to be seen whether this requirement to align will result in plan-making across functional economic geographies in the way that is required for levelling up, or whether it can overcome the tensions that have hindered joint plan-making in many mayoral combined authorities to date.