Planet should be priority for PM

Last month, the Met Office reported Britain’s hottest recorded temperature – a roasting 40.3°C. An extraordinary and terrifying milestone. Most climate scientists agree climate change is the reason we are seeing such brutal temperatures. 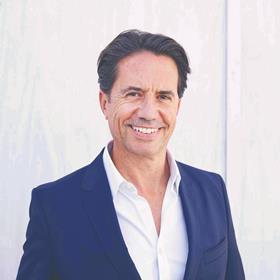 And we know what’s behind this: the emissions caused by our burning of fossil fuels like coal, oil and gas, which trap heat in our atmosphere. They have helped push the concentration of carbon dioxide in the atmosphere to the highest levels seen for two million years, according to the UN’s Intergovernmental Panel on Climate Change (IPCC).

Emissions need to virtually halve by 2030 – we need a minimum 43% reduction by the end of this decade, according to the IPCC. Then the world needs to scale back emissions to net zero by 2050. That means cutting greenhouse gases as much as possible and finding ways to draw carbon dioxide out of the atmosphere to make up for any that remain. The world is rapidly changing before our eyes. This is the greatest challenge humanity has ever faced.

Running parallel to this has been the Conservative leadership contest. It has felt more like a parallel universe. None of the candidates have put the climate emergency at the centre of their political or economic agendas. None have a made the positive case for green jobs and cheap renewable energy.

Worse, at an earlier stage of the leadership battle, the only ones speaking out about climate change were Suella Braverman and Kemi Badenoch, who wished to scrap net zero targets altogether. This is despite the fact thar the recent extreme heat has taken lives, caused wildfires and had a huge impact on schools, hospitals and transport systems.

It now falls to about 160,000 Tory party members (of which I am one), or 0.3% of the total UK electorate, to select the next PM in a postal ballot from the shortlist of two now chosen by MPs.

Emergencies of our time

It feels faintly absurd and very depressing for me to be using a property industry magazine column to despair about the lack of political debate on the need to solve this existential crisis. Surely the government cannot expect the private sector to solve the climate crisis without any clear political leadership on the issue.

Whether our taxes are slightly higher or lower, or you are on a certain side in the culture wars, will not be the issues that eventually ruin our planet and make it impossible for people to live healthily, happily and harmoniously.

In the absence of political leadership, we must intensify our efforts in the property sector to address one of the great emergencies of our time. We know the built environment is a major carbon emitter and we need to find better ways to reuse buildings and improve the sustainability of new ones.

But this is not just about climate change; we need to also help solve issues around public health, social exclusion and housing too – not abandon housing targets and any willingness to modernise the planning system.

The property and construction industries need to reinvent themselves, embrace change, repurpose what is redundant and put sustainability, quality, safety and community at the fore. We all need to rise to the challenge and create a property sector that makes the world green with envy.

It’s also time for Rishi Sunak or Liz Truss to lead us out of the climate emergency by making a positive case for net zero and a green industrial revolution. The habitable future of the planet should be priority number one for the next PM.