Post-Covid offices are set to flourish

What is the closest forest to central London? Epping? Highgate? Petts Wood? By 2024, Central London will have its own forest on the site of the former Blackfriars Crown Court in Southwark. 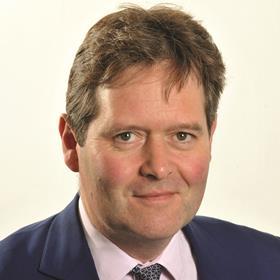 ‘Roots in the Sky’ will be an office building with a 1.4-acre rooftop forest of more than 100 trees and 10,000 plants, fitting the United Nations’ urban forest criteria and making a contribution to London’s targets for greening, biodiversity and sustainability.

At Canada Water, British Land is creating a new prototype town centre supporting low-carbon living, with a minimum of 35% public space, 12 acres of open spaces, a town square and a park.

And at Battersea Power Station, where Apple takes possession of its London headquarters and the first residents move into the Power Station itself this year, the concept of the ‘15-minute city’ where people live, work, shop and relax is being seriously put into practice in the UK for the first time.

A year ago, when Britain had just reported its first Covid-19 case, next-generation developments like ‘Roots in the Sky’ seemed like outliers for the millions who travelled into cities to sit in tired post-war buildings that David Brent would have enjoyed.

Almost a year on, those 1970s, 1980s and even 1990s buildings with rows of desks, unreliable air conditioning, broken lifts and no amenities are endangered species, as people begin to demand something better in return for coming back to the workplace.

This year’s Knight Frank London Report has some uncomfortable messages for owners of secondary properties, but is good news for innovative developers that are casting off traditional stereotypes by listening closely to what people who work in offices actually want.

Our latest poll of occupiers shows that 56% of respondents expect an increase in, and broadening of, amenities to support mental wellbeing in their workplace over the next three years. They also see offices as key to their corporate brand and employee collaboration. 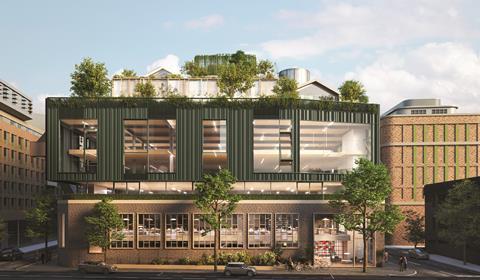 Roots in the Sky: the next generation of offices will have a focus on sustainability

In the short term, as companies wrestle with strained balance sheets and debate how and when to return to the workplace, London offices’ prospects are subdued.

The pandemic is likely to go down in history as the commercial property market’s greatest disruptor. London office market leasing seized up for obvious reasons, with most businesses taking a “wait and see” approach.

But now I am as confident about the next five years as I have been at any time since Britain’s decision to leave the EU in 2016.

Brexit is done and while there remains a lot to play for, London’s financial services sector has seen no major relocation of jobs, and Britain is a world leader in the rollout of the Covid-19 vaccine.

All this means that corporate Britain is turning its attention to what happens next, and the rhetoric last summer about people never returning to the office has turned out to be too extreme.

Covid-19 will transform the workplace for the better

Now companies are besieged by employees who are missing their colleagues, have seen a slump in productivity, a fall in collaboration and inspiration and who see a new or revitalised office building as a way to revive their brand and attract the best new talent.

Yes, some staff whose specific job means they can work productively just as easily from home – and have proved this over the past 12 months – will rarely if ever go back to the office. But most other companies, driven by requirements for real-time collaboration, will return to offices and provide greater flexibility and autonomy to their staff.

Such is the shortage of new office space that according to our new Development Viability Index, even if leasing remains at 2020 levels for another two years, there will still be a shortage of 2.6 million sq ft in the capital, because almost all new speculative office building stopped after the Brexit vote.

This hasn’t gone unnoticed by global real estate investors, who having woken up to the likely mass return to the office post-vaccination poured almost £5bn into London offices in the last three months of 2020 – a third more than the long-term average.

Covid-19 will transform the workplace for the better and the good news is that a new generation of offices has been designed to meet this demand. Roll on lunch in the rooftop forest with colleagues and clients, rather than a sandwich sat at a stuffy desk – or jostling for space with the family and flatmates at home.

William Beardmore-Gray is head of London offices at Knight Frank