Amid the vaccination rollout and the easing of lockdown rules, leading figures from across the property industry came together last week to discuss the challenges and opportunities in the year ahead. 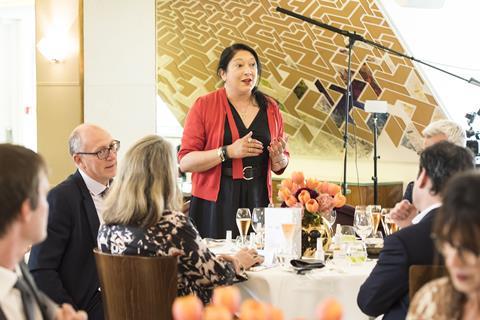 With Mipim postponed, Property Week swapped Cannes for Covent Garden and hosted a lunch at The Ivy alongside sponsors James Andrew International and the New West End Company to debate issues ranging from diversity and the reputation of the real estate sector to the high street and the future of the office.

The discussion kicked off with one of the most urgent issues facing the property industry: the cladding crisis. Urban&Civic chief executive Nigel Hugill noted that the problems with fire safety do not just affect leaseholders, but housing associations too: “Some housing associations have a legal and moral responsibility for fire safety issues,” he said. “Some of the bigger ones have provided £100m plus, but that in turn has meant they’ve pretty much had to suspend their new-build programme because they’re having to do rectifications on existing apartment blocks.”

Where we have seen CVAs, those businesses probably should have packed up years ago

Lynda Shillaw, chief executive of Harworth Group, added that it was not just cladding which is causing issues. “When cladding is taken off, it often reveals a whole host of other things that are not compliant with fire safety. At the moment, the government has some funding available to replace cladding but there isn’t a bucket of funding available to fix other fire defects.”

The conversation then turned to the future of the retail sector. On the issue of department stores, Katherine Russell, group head of real estate, planning, policy and commercial for the John Lewis Partnership, said that there must be “a seamless approach from a customer perspective” both in-store and online, and that retailers must think about “what is going to entice customers back into the shops in terms of experience”.

The discussion turned to whether one solution for the difficulties on the high street is to tax online retailers. John Edgar, chief executive of Fenwick, said: “I think it’s almost essential that the government moves to change the business rates system and tax regime to pivot more towards charging pure-play online retailers – if nothing else, because of the environmental impact, which is just starting to be exposed.” 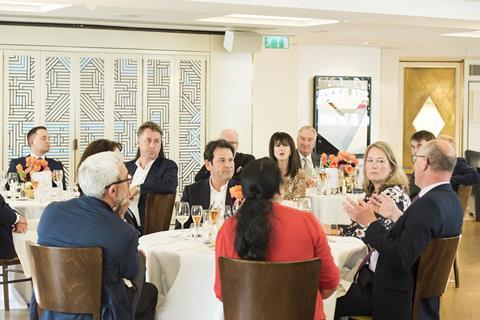 Stephanie Hyde, UK chief executive of JLL, said there was also a discussion to be had about how retailers and landlords decide what levels of rent should be paid during the pandemic: “There’s a morality argument here around those who can pay and aren’t paying, and those who can’t pay much but have negotiated an agreement to pay something.”

Shaftesbury executive director Tom Welton added: “The majority of our tenants are smaller independents, so we haven’t had many of those bigger businesses that can pay their rent but won’t pay it. However, I think generally a lot of badly run businesses have used the pandemic very conveniently to ditch their problems. Where we have seen CVAs, those businesses probably should have packed up years ago.”

Talk then turned to the future of the office. Charlie Green, co-founder and co-chief executive of The Office Group, said: “I suspect we’ll see more people coming back to the office than we think and that they will come back more often, but there is the freedom not to travel to a meeting when you can dial in, and you might go into the office a bit later and leave a bit earlier. It’s a wonderful opportunity and I don’t think it will actually impact the provision of office space.”

London is still the favoured city of the world. It’s got a very bright future, Brexit or no Brexit

New West End chief executive Jace Tyrrell speculated about the possibility of seeing more office space on Oxford Street, along with more food and beverage offerings: “Use Class E is hugely beneficial for areas like the West End because you get a whole bunch of different occupiers. If you look at F&B, who would’ve thought we would have created all of that around department stores in the past? 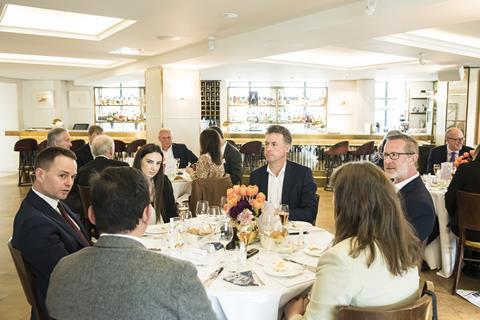 “Some of the enlightened landlords are really thinking about this now but it will take time for the market to adjust. There is a lot of change happening rapidly, structurally and operationally.”

Looking more widely at how the real estate industry will fare now Britain has departed from the EU, James Andrew International’s founder and chairman Harvey Soning noted: “We haven’t seen a huge exodus to Paris or Frankfurt or Amsterdam. Why? Because London is still the favoured city of the world. It’s got a very bright future, Brexit or no Brexit. If you look at the inoculations taking place here compared with the rest of Europe, we’ve done a fantastic job and the rest of the world recognises that.”

Despite confidence in the health of the UK real estate market, the panel agreed that more needs to be done to improve diversity within the sector. Harworth Group’s Lynda Shillaw said: “The reality is that we should be thinking about making policies and practices that work for people. We should normalise things such as paternity leave. The more guys that take it, the more normal it becomes.”

There is still much change to come in the industry in technology, sustainability and ways of working

Property Week editor Liz Hamson asked JLL’s Stephanie Hyde what her biggest surprise had been coming into the industry from PWC. Hyde said: “I’ve been in it for three months now, and culturally I think it’s a great place to be. I’m really enjoying meeting people at JLL and across the property industry. I suppose the biggest thing that’s surprised me is just how much change there is still to come in the industry in technology, sustainability and ways of working.”

The lunch ended with each guest sharing their hopes, fears and expectations for the next six months. James Andrew International’s managing director Jeremy Grey said: “My hope is that the government moves away from populism and puts in place some clear guidance. My fear is that they won’t. My expectation is that the UK will thrive and we’ll get through this.” 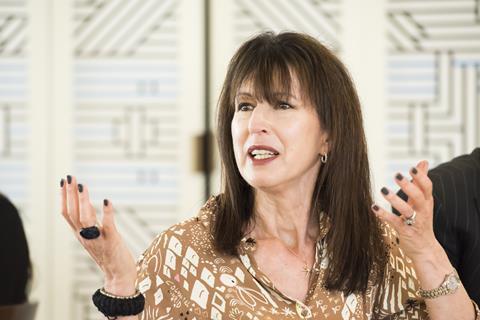 Richard Metcalfe, Outernet Global’s chief operating officer, said his hope was that people get back into central London, and his fear that the working from home trend will go on longer than we expect, and his expectation is that the industry will continue to adapt.

Meanwhile, Derwent London executive director David Silverman said: “Somebody quite connected to the science community said to me recently that unfortunately we’re closer to the start than the end of the pandemic, so that’s my fear. My hope is that globally we can work out how to get vaccines out to the world. My expectation is that London will absolutely bounce back.”

John Lewis Partnership’s Katherine Russell said her hope was that the industry regenerates and revives, and her fear that it might be too slow in doing so. She added that she expected a “rollercoaster as individuals and businesses find a new norm”.

Giles Easter, chief executive of Astrea Asset Management, added: “My hope is that we find some way of living with the pandemic that we’re comfortable with. My fear is that we are slower than we expect in challenging conventional wisdom in the real estate sector over issues such as Covid and the ESG agenda. My expectation is that London will thrive, and although it might take slightly longer than we expect, it will definitely bounce back.”

After a tough year of lockdowns and pandemic worries, the guests agreed on one thing: the UK real estate industry is ready for the challenges and opportunities ahead.