The Caledonian Sleeper train service has been saved from the axe a couple of times. If ever its time has come then it is surely during COP26. There was a sense of excitement about boarding an overnight train to Scotland with a bar and restaurant. It wasn’t quite Agatha Christie but probably as close as I’m going to get! 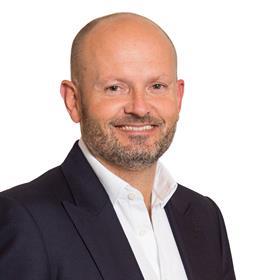 I was hoping the restaurant car might be a microcosm of COP26 itself – politicians and financiers huddled up with academics and activists heavily debating the climate crisis. But it was much quieter than I had expected. The only sign of COP26 was a long-bearded man wearing a ‘keep 1.5 alive’ t-shirt speaking in urgent German to a friend. Perhaps this was because I was on the Edinburgh train rather than the Glasgow one. As I sipped my glass of whisky (I had been told by more than a few people that I was going to need a decent drink or a sleeping pill if I was going to make it through the night on the train!), I pondered on what had happened at COP26 the previous week and what I was expecting from my trip.

Travelling up on Sunday night, which was COP26’s rest day, there seemed to be a consensus that the first week had been a relative success but that the announcements had been broadly agreed in advance and set to a timetable. The second week has been more about ongoing negotiations. The key themes on Wednesday and Thursday were transport and cities and the built environment. These are key themes for my team and our clients. Our cities and the way we live, work and travel in them have all changed considerably in recent years, with the pandemic acting as a great accelerator. This is having a big impact on our property clients’ businesses and it is having an equally big impact on the legal advice they need from us. However, I have heard it said that when it comes to the difficult questions the industry is currently asking of itself, Covid is just the ‘pop quiz’ while climate change will be the ‘final exam’. The future challenges will be so much bigger than those we are facing today.

Despite my worries, I slept well and arrived in Glasgow fresh for business. For the next two days, I immersed myself in all COP26 had to offer. I listened to debates on globalisation and social impact business models; I hosted client roundtables discussing topics like green finance and sustainable development; I met local business leaders; I attended pitch presentations from fast growth companies developing climate tech and took time to listen to the activists protesting on the streets. (I even downloaded an album called Motel Bamako by Inna Modja, the Malian musician and activist who lent her talents to the documentary being shown in the Green Zone on the ‘Great Green Wall’. I recommend you watch the film and listen to her music. It’s fantastic.)

My visit passed with a flash and before I knew it I was on the train heading back to London. How would I sum up the mood in Glasgow? It was a melting pot of contradictions with as much optimism and hope as there was pessimism and despair. There are clearly some very big challenges ahead for the world to reduce carbon emissions and slow down global warming; but, for me, there was a strong sense of purpose coming from politicians and business – a desire to collaborate and work together, and to use public and private capital to encourage change and to back this up with law and regulation to make it happen. The real estate sector has much to contribute to this change and it is clear that there will be a real competitive advantage for those that choose to do so.

Conrad Davies is head of urban dynamics at Osborne Clarke