This week was something of a landmark as I attended my first real estate event, following a drought of some 15 months. 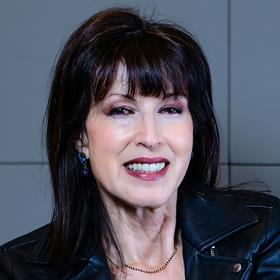 I had expected that the Property Week Editor’s VIP MIPIM Lunch, which would usually have taken place as a dinner in Cannes in March, would have to be postponed because of the delay in lifting COVID restrictions. Thankfully, due to the sheer tenacity of the Property Week team and sponsors Harvey Soning of James Andrew International and Jace Tyrrell of New West End Company, a way was found to hold the event in a Covid-19 secure manner at The Ivy Club in Covent Garden.

Even though, to be honest, I never wear them, I was ridiculously excited to be at an event that warranted a name badge! I’ve missed having a collection of discarded badges permanently floating around in my bag. The 12,000 plus impressions for my tweet bearing a picture of said name badge perhaps indicates the pent up desire of our real estate colleagues to return to networking. It was certainly a real tonic to be round the table once again exchanging news and views with Harvey Soning, Gerald Kaye, Nigel Hugill, Tom Welton and Seb McCarthy to name a few.

There was some great conversation in the room amongst the assembled gathering of real estate and retail thought leaders, who candidly discussed their hopes and fears for the coming months and offered suggestions for putting our crazy world to rights. You will read all about it in Property Week so I will say no more.

This was a particularly appropriate way to emerge from lockdown as my final event prior to lockdown last year was this dinner which had to be recreated in London due to the postponement of MIPIM 2020. Perhaps we can hope for next year’s event to be back in Cannes.

As much as I have enjoyed and embraced the new dark art of virtual networking, I do think that with the functionality of zoom we may have forgotten the advantages of being in the room together and the sheer exhilaration of random encounters that spark new ideas.

I have recently interviewed the straight-talking Jackie Sadek for my podcast. She said, without a trace of hyperbole, that not being able to get out and network has nearly killed her. She misses the spontaneity and the great wit and sense of humour of the real estate sector. As she says, virtual meetings are fine but you build a career by going out and meeting people (although she most emphatically doesn’t miss name badges!). Listen out for the podcast with a self-proclaimed ‘narcissistic, egoistical extrovert’ coming very shortly!

The importance of networking is a theme that was also picked up by Jo McNamara in my latest Propertyshe podcast. Jo who is Executive Vice President, Europe and Asia-Pacific of Oxford Properties and responsible for all aspects of Oxford’s business across Europe, gave some great advice for women wanting to get to the top in real estate and this included the importance of networking. 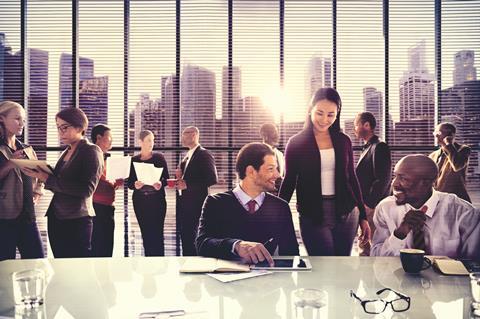 Her five points, in no particular order of importance, were, 1. Be passionate about your job and work hard. 2. Know the importance of self-awareness and know your strengths and the strengths of others. 3.The need for transparency and making it OK to disagree. 4. Networking and the importance of loving networking because ‘real estate is a people business’. If you don’t network you won’t get to the top as sitting at your desk doing a good job is not enough. 5. Accept compromises as you don’t have to be brilliant at everything when you are trying to balance your work with home commitments.

Listen to the full podcast here:

One of the retail topics touched upon at the Property Week Editor’s lunch was whether department stores have a future. As an enthusiastic shopper I am a great believer that retail has failed in part because it has been allowed to become boring and that department stores or concept stores that surprise and delight will still have their place. I have in a previous blog talked about the history of Whiteleys department store in Bayswater.

I said, ‘When it originally opened its doors in 1911, with its colonnaded facade and rooftop cupulas, Whiteleys caused ripples of excitement as London’s first luxury department store and apparently the then largest shop in the world. The original store was described as ‘an immense symposium of the arts and industries of the nation and of the world.’ If department stores can go back to their roots, I have high hopes for them. An example is Paris’s legendary art nouveau department store La Samaritaine, now owned by LVMH, which has just reopened its doors after a major refit over many years.

No less than four separate designers were brought in to redesign the various parts of the store and the many historical features, such as the amazing glass roof, the monumental staircase, peacock frescoes on the top floor, and enamelled panels on the façade have been lovingly reconstructed. Each level of the La Samaritaine concept store is now devoted to a curated shopping category.

There are 12 unique food offerings scattered throughout the store with the top floor devoted to food, including a lounge, bar and formal restaurant. In addition to retail space, it include offices, a daycare nursery, and a Cheval Blanc hotel. The basement level houses, what is billed as the biggest beauty department in Europe, covering the entire 3,400 sq m footprint of the store.

As Wallpaper magazine said in its coverage, ‘Flexibility will be key to any modern store’s survival in an era where nobody has to leave home to shop anymore. Department stores used to be cathedrals of consumption, but now they must offer unique and ever-changing experiences. With its exclusive brands, tapas-and-cocktails and 21st-century Parisian vibe, the new Samaritaine aims to do just that.’ I do hope it isn’t too long a wait until I can go to visit this new emporium to get a sense of the future of the department store.

I recently had the opportunity to interview Skyports Founder and CEO Duncan Walker once again in a fireside chat for the excellent ULI UK seminar themed around connecting finance and place. In a discussion on the latest global advances in electric aviation and drones Walker told me that we could well be using drone taxis in the next few years and even before autonomous vehicles hit the roads.

And, turning to a different form of aviation, it seems that 5,000 homing pigeons have vanished into thin air. They set off from Peterborough, on a what should have been a three hour journey northwards but over half failed to return. Thousands of birds were set off all over the country with just 10% returning in what has been described as a Bermuda Triangle mystery. Homing pigeons apparently navigate using the earth’s magnetic field as a satnav but their navigational skills can be upset by geomagnetic storms. Let’s hope they eventually return safely.

Finally, I was sad to hear this week of the passing, aged 87, of Geoffrey Wilson, a founder with Sir Stuart Lipton in 1976 of developer Greycoat. Early Greycoat schemes that Wilson oversaw included 1 Finsbury Avenue, EC1, and Cutlers Gardens, a 600,000 sq ft scheme near Liverpool Street, backed by Standard Life. The advantage of having joined a leading west end firm that specialised in commercial property straight out of law school was that I was able to work with many of the pioneering developers.

Wilson was a friend and client of the partner I worked for, although as a young articled clerk I had no concept of how fortunate I was to be working with real estate royalty nor of the groundbreaking development work that he and the late Ron Spinney were undertaking at Greycoat. I also worked on the first phase of Broadgate for Rosehaugh and Stanhope, which sounds glamorous and exciting but in reality involved me working long hours in the office alone over Christmas, grinding through title documents on site purchases while everyone else was away partying.

The responsibility for a yet to be qualified lawyer was enormous. It was worth it though to be a guest at the sumptuous opening ceremony in 1985, when the foundations of the Broadgate development were put into place by a crane driven by then prime minister Margaret Thatcher.

I remember a subsequent encounter with Ron Spinney when he was running Hammerson. Having heard him on a conference platform in the mid 1990s talking about the important role of women in real estate, I bravely braced myself to ask why, if this was the case, there weren’t more women on the board of Hammerson. He was able to counter that Sheila King was their head of retail and since, at that time, many propcos were all male, this was a very fair point.