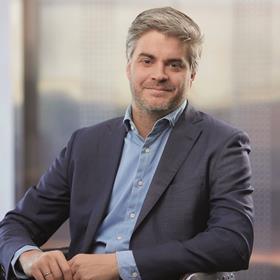 It now aims to accelerate European proptech innovation and adoption, replicating the success of Fifth Wall’s core North American real estate tech funds. This came on the heels of the firm announcing that it raised $1.1bn across its funds in 2021.

We have been active in Europe since 2019, so the question is: what excites Fifth Wall about the European proptech market and what led the firm to announce a dedicated fund now?

According to PitchBook data, the proptech market is growing faster in Europe than it is in North America. Despite the pandemic and the uncertainty that investors and companies faced for several months, the European proptech market had a record year in 2021, when it accounted for around 20% of global proptech investment, including €3.8bn of venture capital investment across more than 200 deals. That is a leap of around 350% on 2020, and more than four times 2019 investment levels.

The increase in size and overall funding levels is enabling proptech companies to grow their operations faster, invest in product development and expand internationally, so they can compete in several pan-European markets earlier. The European proptech start-up market is maturing on a similar trajectory to what we saw in the North American proptech ecosystem from 2016 to 2018.

Today’s European proptech market is attracting repeat entrepreneurs and seasoned executives, and European entrepreneurs are benefiting from the lessons and proven models launched in the US a few years back. Proptech is entering a golden age in Europe, accelerating the scale of disruption and digitisation in the real estate industry.

When it comes to who is investing, European funds still dominate early rounds. According to Crunchbase, Europe-based investors led 77% of seed fundings in Europe, 68% of early-stage fundings and 49% of late-stage fundings. However, Europe is seeing significantly larger funding rounds and an increased interest in the market by generalist US growth investors and international venture capitalists.

For the first time, the European proptech market is seeing ‘mega rounds’ in several markets, with some businesses scaling as fast as their US counterparts. For example, in 2021, Clikalia, a Spanish buyer platform, secured €460m of funding, and UK property financing platform LendInvest closed a £500m investment from JP Morgan. Ultra-fast grocery delivery company Gorillas reached unicorn status (valuation of over $1bn) with its Series B in May 2021 – in a record-breaking, nine-month period since company launch. Gorillas announced its Series C in October 2021 with operations across more than 180 warehouses in nine countries.

Funding is not the only factor driving proptech growth in Europe – strategic corporate investments from, and the adoption of proptech by, real estate companies is generating a ‘kingmaker’ dynamic across Europe’s proptech market. Many real estate organisations are taking steps in that direction, for example the strategic partnerships announced between British Land and WiredScore and British Land and Equiem.

Three years ago, when Fifth Wall launched in Europe, proptech was a relatively new topic. Today, most real estate corporations have an innovation and technology adoption strategy and have started to invest in proptech. The increased interest has created competition for talent and funding among start-ups, driving up valuations and accelerating funding rounds.

The European market is still at the very early stages of digitisation and tech adoption, and the amount of capital deployed is likely to double in the coming two years. There will be multiple opportunities for investors focused on Europe, especially those looking to establish long-term relationships with start-ups.

For entrepreneurs, the road ahead may be a bit bumpier than the recent past, but healthy businesses with proven economics and traction early on will likely be in a strong competitive position to attract support from venture capital and real estate organisations.

Fifth Wall is excited to expand its position as Europe’s leading proptech investor. With many of the leading European real estate firms supporting our European fund, we are well positioned to help accelerate the expansion of Europe’s proptech market by identifying and supporting the most promising companies.