Aside from the logistics sector, the Covid-19 pandemic has hardly been a boom time for most commercial developers and landlords. 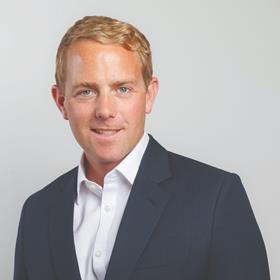 However, according to REDD, the prime central London residential market has kept its head above water pretty well, especially considering how hard it has been for wealthy foreign buyers to fly in and view properties.

Property Week caught up with Russell Smithers, managing director, London, at REDD, to find out more about how the market has weathered Covid-19.

How would you describe REDD’s business?

We’re a prime residential-focused real estate business with an acquisition side that acquires sites and buildings for redevelopment; a project team to take sites through planning, construction, delivery, sales and so on; and a property management team who look after properties we’ve developed, but also private clients’ properties.

How long has REDD been around for?

We’re not a particularly old company but are well-backed by investors and we’re starting to get a good reputation. It’s great to work with brands like Smith & Williamson as they are a top 10 firm, which means we’re playing at the right level.

We have offices in London and Monaco. On the investment side we’re interested in prime central London and Monaco, which is pretty much all prime. In London it’s those traditional prime areas such as Mayfair, Knightsbridge, Belgravia, Kensington and Marylebone. The rest of the business goes wider than that for private clients.

How has the prime central London market been affected by the pandemic?

It’s a robust market. It’s become more internationally focused in the past couple of decades and is generally seen as a hybrid asset. It’s not only seen as a secure thing physically to put money into, but also somewhere you can occupy, which makes it an asset class along the lines of things like classic cars and art. It has an investment value but also an enjoyment value to it.

How has pricing performed?

Generally, very well. This time last year, lots of people expected to see lots of distressed assets and deals but we haven’t really seen that. They’re normally supplemental properties to people’s main income sources and they’re often quite cash rich. Agents have been very happy with the year they’ve had. New-build stock has generally traded very well as agents converted very quickly to 100% online platforms. That’s proved successful for them.

How about existing stock?

The secondhand sector has struggled a bit more. It relies on a lot of footfall generally, whether it’s domestic or international, and that hasn’t really been possible in the past year. So that’s where you’ve seen fewer transactions.

However, you don’t tend to see price falls in prime central London; you tend to see plateaus. People won’t let it fall. They’d rather hold onto a property until someone pays near what they want for it. It’s slightly different to other markets, where it’s people’s main residence and if they’ve got to sell, they’ve got to sell. In the prime central London market, it’s normally a second home, if not one of many.

How about the rental market?

The rental market has stayed pretty robust too. There have been some issues across the portfolio, which was expected. And obviously the government has given increased protection to renters with the Covid Act, which wasn’t necessarily aimed at people renting a place for £1,000-plus a week, but everyone benefits from it. In general, most people have been happy and in occupation and good for their rent, so we’ve seen things tick over.

Have the types of properties you are interested in changed?

Agents report good sales in properties with outdoor space that are more family-orientated and with more space generally. We expect that to continue, but it doesn’t discount other properties. The balance has just swung slightly more in favour of townhouses where it was previously more in favour of a lateral flat. That tends to swing backwards and forwards depending on market sentiment.

A lot of people were waiting for the outcome of Brexit. You had this really strong optimism in January and February last year. There was a real ‘Boris bounce’, then Covid-19 happened. But all that has done is delay that pent-up energy and it will return strongly. We might see a slightly dormant year this year but people like us are gearing up for the next two to five years, which is seen as the next key window.