2
Q&A with Eyvind Andresen, head of legal and portfolio services at HomeGround
Insight

Q&A with Eyvind Andresen, head of legal and portfolio services at HomeGround

Under the law as it stands, it isn’t just leaseholders who have obligations towards their freeholder. The situation works both ways and the contractual demands on landlords are equally robust, not least when it comes to health and safety. 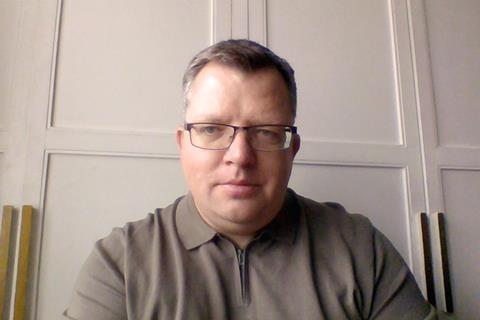 However, the lengths that professional freeholders go to in order to protect their leaseholders often sail well below the radar. If a freeholder is doing their job correctly, it goes unnoticed as life proceeds uninterrupted – it’s only when things go wrong that the role of freeholders hits the limelight.

In order to gain a better understanding of their role from a health and safety perspective, Property Week caught up with Eyvind Andresen, head of legal and portfolio services at HomeGround.

As things stand, what obligations are placed on you?

Where we stand in the shoes of the landlord, we are responsible for making sure the maintenance, safety, integrity of the building and residents’ homes are maintained.

We’ve always taken a robust view of asset protection and responsible landlord oversight and play a vital role in ensuring buildings are safe. Generally speaking, people only become aware of the role we play when something goes wrong. Fortunately, that only happens very rarely – and people should take comfort from that.

What does that involve?

We’ve always maintained an estates management team that holds our managing agents on a fairly short leash. We’ve done things that some less professional landlords would never dream of doing, like spot-checking by site inspections to assess the on-the-ground performance of the managing agents.

Have the measures you have in place changed significantly since the Grenfell tragedy?

Yes. We’ve created an entirely new team staffed by experienced professionals in the sector. So, on top of our four senior estate managers and their support team, we have two highly experienced former firefighters who have also worked in fire safety consultancy. One of them is a chartered fire engineer as well.

We have also brought in two surveyors to add to that technical in-house expertise. They’ve both worked in the high-level project management of building projects, so we have the right knowledge when we oversee the remediation projects on buildings that weren’t built or refurbished to the right safety standards.

Obviously, it wasn’t leaseholders’ fault that properties were built unsafely. How do you go about dealing with that?

We’ve always recognised that leaseholders weren’t to blame, and that we collectively have inherited a legacy of poor-quality construction and failed government regulation. Wherever possible we have used our in-house and external legal resources to focus on solutions to reduce the risk of leaseholders having to pay for remediation costs.

First, we have been engaging with the government and its delivery partners to access the Building Safety Fund for dealing with the ACM and the non-ACM cladding materials so that we can get our buildings remediated quickly.

And secondly, we have been actively mining the opportunities for making third-party claims, so going after the developers and the professional teams involved in the construction where we still can under existing limitation periods.

Has there been enough focus on developers and contractors taking responsibility for the issues in the buildings they built?

From the outset this was blurred and made more difficult by the government post-Grenfell. We had a long period of time where the big bad wolf, according to the media and leasehold campaigners and whipped along by the government, was the building owner. They had to take responsibility for all of these things. It was harder to hold developers to account than building owners.

The rhetoric has only changed really in the last 12 to 18 months, which is a good thing but it’s been frustrating when it’s taken that long.

Are you changing the way you work again in anticipation of the Building Safety Bill being enacted?

Again, the resourcing of our internal team is very much designed to prepare for that new world. We are currently sourcing a new software system to measure compliance and also hold all of the documents and reporting that comes with the golden-thread obligations under the Building Safety Bill.

We’re also building an external network of approved professionals through the people that we’ve brought in-house, so the surveyors, the fire safety experts. There is inevitably going to be a shortage of resources, so we want to be ahead of the game on that front.

Do you have a sense of whether you’re representative of the sector or you’re an outlier?

We’re confident about the preparations that we’re making, but we know that there are other companies that are doing similar work. We are aware that a number of other institutional freeholders in the same category as ourselves are taking similar or the same steps to prepare for the new world under the new building safety regime.