Rail is a key route to level up UK

Storms in the Midlands ahead of COP26 felled trees and cancelled rail services, forcing some delegates to seek alternatives such as flying or hiring a car. The incident brought into focus not only the impacts of climate change, but the importance of a resilient public transport network. 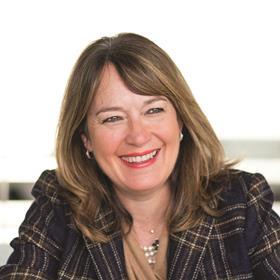 An effective public transport system is a key component of decarbonising our economy, as without good, reliable transport links, there are few alternatives to driving. But public transport also improves access to jobs and labour pools, boosting local economies, and is vital to levelling up.

Infrastructure spending was sadly missing from the Budget, which was surprising given the government’s agenda of meeting the net zero carbon target and ‘levelling up’ the economy; you cannot easily disconnect the two.

A new tube line extension opened in London recently and Crossrail – Europe’s biggest infrastructure project – will be completed next year. Yet a question mark hangs over much-needed plans to improve rail services and connections in the Midlands and the north.

Northern Powerhouse Rail and the HS2 eastern spur projects were respectively scaled down and canned in last week’s Integrated Rail Plan. Both would have brought a huge economic benefit to the regions and provided a more viable alternative to driving. At a point in time where the government is focused on decarbonising the economy, this feels short-sighted.

Rubbing salt in the wounds, land safeguarded for the HS2 eastern leg has not been immediately released and is subject to a further study, leaving developers unable to bring forward housing and employment sites to stimulate much-needed regional growth – it is not all about town centres.

Infrastructure investment is a force for good on several fronts. The obvious ones are helping to meet net zero carbon goals and helping to rebalance the economy. A harder nut to crack is investing in adaptation so our existing infrastructure can better cope with extreme weather.

The ship has sailed on a wholesale return to working in the office, but there are still a whole range of critical jobs that can’t be done at home. Reducing the number of car journeys will help meet carbon reduction targets, but pair that with decarbonising as much of what is left as possible by investing in reliable alternatives and you also improve access to jobs and surely are on to a winner.

Research by Transport for the North showed that investing in HS2 and Northern Powerhouse Rail would increase the two-hour catchment population of cities such as Hull by 50% or more, providing more opportunities for employers to invest and increasing access to jobs.

The biggest challenge is how you pay for things like this. Ideally, the state should pay, but there are public/private funding models that could also work if long-term incentives were there for businesses and investors to contribute. And in determining the costs and benefits of major rail infrastructure investment, we need to be really transparent on the social, economic and climate-related costs of not doing it.

We can build great, greener places and create economic opportunities, rebalancing our economy, but fundamentally places need to be connected and accessible. So we need to press on with finding ways to deliver new and improved rail networks across the UK, now.