​Real estate is most fertile in times of change

A 2012 article in The New Yorker by American author, neuroscience expert and Rhodes scholar Jonah Lehrer recently caught my attention. 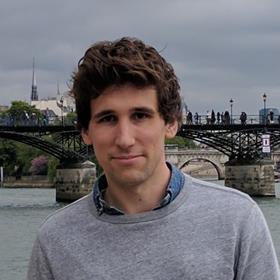 In his analysis of the concept of brainstorming, Lehrer recalled the legend of Massachusetts Institute of Technology’s (MIT’s) wartime Building 20, which was built as a laboratory known as the Rad Lab to help fighter pilots to identify distant German bombers.

The 250,000 sq ft Building 20 was designed in an afternoon, built quickly and cheaply as a simple wooden frame on top of a concrete slab and had to be given an exemption from local fire codes.

It was meant to be demolished straight after the Second World War, but ended up being knocked down 53 years later, in 1998.

Why? Because in the intervening years, Building 20 had become a hothouse of innovation and was reckoned to have played a major part in the allies’ victory by pushing radar development forward 25 years in just three.

It is believed that Building 20 went from success to success because its inhabitants were thrown together in person in an almost haphazard manner.

Different tribes passed each other in the hallway and congregated at the proverbial watercooler, from nuclear scientists to linguists, to piano repair experts and other experts examining cells, resulting in unplanned exchanges and the kindling of new ideas. The structure was knocked about, rooms made and merged and it became known as one of the most creative spaces in the world.

I raise Building 20 in the context of today’s real estate world, which, through a combination of the end of lockdowns, increased liquidity and a change in the profile of people working in the sector, is, I believe, going through its own creative explosion.

First, the return to the workplace is already generating a creative spark as people move away from the semi-isolation of working from home.

Next, quantitative easing in the wake of the global financial crisis in 2008 has in some cases driven spectacular returns – particularly in what were known as alternative asset classes – and increased the sector’s appeal for people who might have pursued different careers, especially when coupled with the sector’s innate entrepreneurial nature and the demand for more creative careers from the current generation.

Thirdly, the strong performance of sectors with an operational real estate focus such as build-to-rent and curated, experiential retail is leading to new experts entering the sector: people who understand the needs of customers rather than being the rent-collectors of old.

The growth of technology in real estate is also creating a change in the real estate world’s demographic. For example, the need to understand the science behind climate change and potential solutions is leading to the creation of more sophisticated technical roles, a necessary evolution as real estate is an industry that is reckoned to generate 40% of greenhouse gases.

And while barriers to entry to the real estate world overall are now lower, there is a considerable and growing demand from investors to see improvement relating to all of the letters of ESG, environmental, social and governance, which is leading to the arrival of diversity of new talent who contribute to the acceleration of positive change in the industry.

I’m also pleased to report that, in my experience, industry leaders are keen to work in a collegial atmosphere with both the younger talent in real estate as well as more experienced experts moving into the sector, as they seek to ‘give something back’ as well as continue to chase growth.

At the same time, the Covid-19 pandemic has proved a catalyst for new ideas, with homeworking technology and the growth in innovation around the repurposing of buildings proving that the real estate world is most fertile at times of change.

Against this backdrop, it’s my privilege to be chair of the Urban Land Institute’s Young Leaders Group, and we plan to create something akin to the hothouse atmosphere of MIT’s Building 20 at our NEXT Forum at the 2022 ULI Europe conference in Brussels on 11-13 May.

Real estate has seen more change in the last five years than ever before: I’m proud that our young leaders will be leading the charge in the years ahead.

William Riordan is chair of the ULI Young Leaders Group