It was mini-Budget remorse last week when chancellor Jeremy Hunt pressed Ctrl+Alt+Del on Trussonomics, and 10-year gilts fell back to 4%, from a recent 4.5% peak. 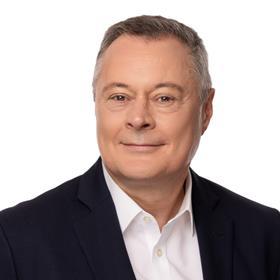 This is alleviating some repricing pressure on property values, but REITs are trading at discounts to net asset value (NAV) last seen during the global financial crisis (GFC), and the lack of REIT executives buying their own stock doesn’t add confidence.

In September, the narrative was between Truss the radical tax-cutter and Sunak the cautious inflation fighter, but on fiscal matters they weren’t far apart. Sunak derided “fairy-tale economics” of unfunded tax cuts with soaring inflation, but promised tax cuts once inflation had been “gripped”. There was an element of timing and tone.

Rishinomics showed complacency about recession by raising taxes. The OECD warned against the UK’s “contractionary” position and urged “slowing fiscal consolidation to support growth”. Until the OBR reports on 31 October, the downgrading by Moody’s of the UK’s economic outlook to negative is likely to cast a pall over gilt yields and REITs.

The cheap borrowing taps have certainly been turned off and REITs face challenges in beating costs of capital. Cyclical downturns precipitate consolidation in capital-intensive industries and REITs need to reduce their costs, including by shrinking boards, with fewer COOs and CIOs.

Five-year interest rates have risen from 1% to 4%, lending margins from 100bps to 200bps and equity from 5% to 10%, so the squeeze is on and spread traders have been priced out of the market. Meanwhile, Landsec and British Land are 40% smaller by equity market value after a decade of cheap borrowing, which is the raw material of these firms.

REIT shares trading at GFC discounts could invite a rerun of the £35bn of asset privatisations in the noughties. Disclosure is better, but still not adequate, so mergers and acquisitions (M&As) must be agreed, with only two successful hostile bids in the past 30 years: Slough Estates expensively acquired Bilton in 1998; and Hammerson unwisely outbid a management buyout for Grantchester in 2002.

There has been £9bn of M&As since 2019, with cash offers pitched at NAV and, on average, 30% above share price, and such activity could kick off again. The sector is overpopulated, with a proliferation of spread trader REITs, and is overdue for winnowing. Too many REITs are controlling too many assets and those with the lowest cost of capital have the capacity to cut rents in a downturn, invest to combat depreciation, green-up their portfolios and afford the best managerial talent.

Meanwhile, interest rates may be close to peaking before falling. Monetary Policy Committee member Ben Broadbent has said markets might be too far ahead of where the Bank of England sees interest rates heading: a consensus 5.25% peak. “Whether official interest rates have to rise by quite as much as has been priced in by financial markets remains to be seen,” he noted.

At Jefferies, we differ by using price targets based on discounted cashflow (DCF), which the Grey report has recommended RICS to adopt in valuing buildings. DCF-derived REIT price targets react promptly to bond yields rising, unlike NAV calculations based on the RICS Red Book. This leaves REIT value forecasts in a tricky place, as they are being backsolved to fit discounts to book value. A portfolio geared at 30% needs a 35% writedown to get NAV down 50%, but REIT share prices rarely forecast next year’s NAV discount accurately.

There has also been a run on open-ended real estate funds, with the mismatch of delivering daily unit trust liquidity from illiquid assets – which former Bank of England governor Mark Carney said was “built on a lie”. Funds are selling REIT shares to meet redemptions, which has depressed prices further.

Starwood chairman and CEO Barry Sternlicht has spoken of broken balance sheets rather than broken assets and sees “incredible opportunities” to find distressed investments in the real estate market as central banks move from quantitative easing to tightening.

Asset allocators are starting to see commercial real estate as an alternative source of indexed, fixed income. Like gold, both are stores of energy in the context of production, and in finite supply, whereas government bonds can be printed as quickly as liability-driven investment pension funds will buy them. Perhaps a good real estate investment at 4% last year could be a better one at 5% this year?