​Rent arbitration scheme must balance interests of both landlords and tenants 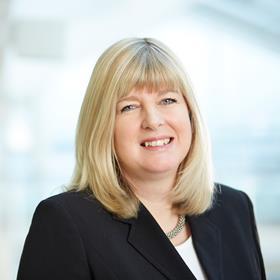 Some have speculated that the decision may mark the beginning of the end of the long-running stalemate between landlords and tenants.

The change may prompt some of the nation’s landlords to be more bullish, particularly those renting to so-called ‘can-pay-won’t-pay’ retailers, but we will not see much change come through until the government introduces its long-awaited arbitration scheme.

In June, the business secretary Kwasi Kwarteng, stated that a new arbitration process would ensure that Covid-related commercial rent arrears would be settled “fairly and with finality”, with a later announcement providing little further detail of substance.

The government says, for example, that the arbitration will be made available to landlords and tenants when an ‘appropriate’ repayment plan cannot be agreed upon, though there is no guidance on how this would or could be defined.

We also know that debt that is eligible for arbitration will only be that which was accrued up to when restrictions were ‘removed’, which could either mean altogether or when businesses were able to operate again in some capacity.

However the government chooses to play things, the scheme will likely face huge scrutiny from both sides, but the state of the market as we now stand – with only limited information and still no date for when an arbitration scheme will be introduced – is further undermining progress.

Other countries facing the same problem have already begun putting processes in place to break the impasse. For example, in Australia tenants will be granted a reduction in rent equivalent to the reduction in turnover for a specified month in 2020 versus the same month in 2019.

The arbitration process, whatever it looks like, must be capable of balancing the interests of both parties. A one-size-fits-all-approach simply will not work. The government should factor in, for example, the extent to which a tenant was able to trade during the pandemic as well as their annual turnover relative to pre-pandemic levels.

We await to see whether the government will apply any caps or conditions to the arbitration scheme. Until full details are reviewed and scrutinized, the arguments will inevitably continue.