RESI Convention 2019: A manifesto for the new PM

What do Boris Johnson, new secretary of state for housing Robert Jenrick and new housing minister Esther McVey need to do to tackle the housing crisis? 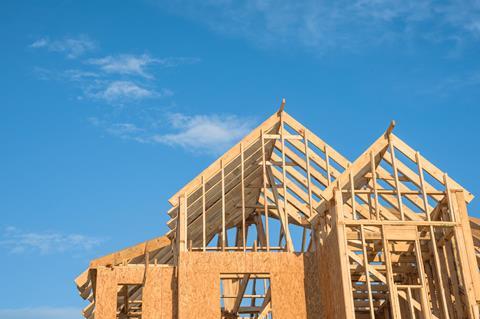 Alexander Boris de Pfeffel Johnson has finally achieved his lifetime ambition of becoming prime minister. One of his first acts in power was culling much of the previous cabinet. Inevitably, there has been a change of housing minister – the ninth since 2010 – and a change of secretary of state for housing.

Ahead of this year’s RESI Convention, the residential sector would like to offer some advice on how the new PM, housing secretary and housing minister should tackle Britain’s housing crisis.

Solving the housing crisis is arguably the biggest challenge for the government after Brexit, so having clear leadership from the top is crucial. Yet there have been 18 housing ministers over the past 20 years. This position should no longer be treated as a revolving door. If new housing minister Esther McVey could stay put for a while – and listen to the industry – it would be very helpful.

Few expect a Tory government to be anything other than pro-home ownership, but under Theresa May we saw a quiet movement to a more balanced housing policy, with more investment in affordable and social housing and hints Help to Buy would be wound down.

Additional grant funding for housing associations, freeing up councils to build their own homes and facilitating shared ownership, which recent Savills research suggests could be an institutional asset class in its own right, would be a positive continuation of that legacy, as would slapping down London mayor Sadiq Khan’s plans for rent controls and insistence on traditional affordable housing in build-to-rent (BTR) schemes. We need homes of all types and tenures – not just for sale.

Already we have heard positive noises about Johnson backing Northern Powerhouse Rail (NPHR), which would give northern cities a much-needed boost. But the signs for HS2 are looking less positive, with warnings of ballooning costs and opposition deepening in the Tory heartlands and backbenches.

The truth is Britain needs both NPHR and HS2 – and more. If anyone is wondering what it would mean for housing, just look at how Crossrail unlocked thousands of homes across London. Infrastructure investment must be a priority for the new government.

Every Conservative government comes in promising to tear up planning regulations to get Britain building then backs down in the face of Nimby opposition. Yet no one can deny that the cost, complexity and uncertainty of the planning process holds up housing delivery. Blocking off whole swathes of land from development, as the green belt does, especially when brownfield remediation is so expensive, makes no sense either.

However, planning reform should not be just a bonfire of red tape. We must ensure planning departments are properly resourced and policy keeps up with the fast-changing world of resi, supporting new subsectors such as BTR and later living.

After years of talk, 2019 seems to be the year that modern methods of construction (MMC) have really started to take off, with a wave of high-profile deals and Homes England leading the charge. However, the industry remains fragmented, public perception clouded by the ‘prefab’ tag and lenders wary of what they see as ‘untested’ technology.

A concerted effort is needed at all levels to see greater take-up of offsite manufacturing, which will give the industry the scale it needs to realise its true potential – and help bring down costs.

While we are leaving the European Union, there is no reason Johnson cannot go Dutch on his housing policy. Look at Amsterdam, where developers seized upon the opportunity presented by empty retail space to create 600 homes last year.

High streets were once the heart of communities and they can be once more, through the sensible extension of permitted development rights (PDR) to enable retail-to-resi conversions with safeguards in place to avoid the worst excesses we have seen in some PDR schemes.

Largely wiped out after the financial crisis, SMEs are starting to make a return. During RESI last year, Barclays and Homes England launched a £1bn fund to encourage lending to SME housebuilders, which remains a major obstacle. Simplifying planning – removing a key barrier to entry – would also help, but seeing SMEs on more public sector development frameworks would give the sector a major lift.

Stamp duty is a major source of revenue for the Treasury, but also a drag on economic growth and productivity because it limits labour mobility.

Johnson has already signalled plans to slash stamp duty, with the Tories exempting most first-time buyers, but rather than giving wealthy owners a tax break it should be looking to craft it in such a way it only benefits downsizers and, in turn, removes another roadblock to the emergence of a major later living sector.