Since the global financial crisis (GFC), the UK’s residential market has changed dramatically. 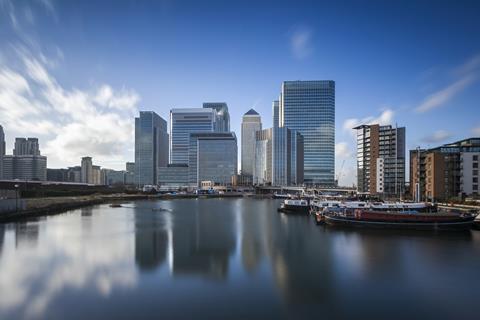 Alongside the traditional housebuilders, an influx of new residential asset classes such as purpose-built student accommodation (PBSA), build- to-rent (BTR) and later living have emerged, attracting institutional investment on an ever-increasing scale.

Co-living is also starting to gain traction, as are modular housing and SME housebuilders.

So what does this all mean for the financing universe?

In the past few years, financing structures have started to evolve, although bank lending remains mostly short tenor at five years, with longer lending still the preserve of specialists or debt capital markets.

“Financing structures were pretty vanilla following the GFC, but I am starting to see more offshore vehicles being used again,” says Madeleine Clark, partner and head of real estate finance at Osborne Clarke.

“There’s more than enough money in the market to provide for the short-term financing need. Residential is flavour of the month thanks to the margins it attracts due to its risk profile.”

To date, BTR, despite strong institutional investor backing, has struggled to attract banks as lenders.

Barclays head of real estate Dennis Watson thinks it will take some time for the UK BTR banking market to take off.

“Most banks see more value in BTR if the building was for sale rather than for rent,” says Watson. “One key consideration in that market from a banking perspective is absorption – what is the local supply and demand dynamic for rental stock and rental yield? It will take time for a wider array of banks to become comfortable with BTR in my opinion.”

Richard Jackson, managing director at Apache Capital, which, in partnership with Moda, has a £2bn pipeline of more than 6,500 BTR homes in the UK, is more bullish. He believes that the asset class is gaining traction with banks.

“Although the initial pool of lenders for UK BTR was at first quite shallow, the appetite for lending is growing as the asset class matures and becomes a proven play,” says Jackson.

“Given its long track record of providing debt and investing in a mature market like the US, bringing on board Goldman Sachs as a lender for our Broad Street development is a clear vote of confidence in the strong opportunity UK BTR presents.”

Finance experts say that as more BTR developments are bought and sold, traditional lenders will become more comfortable with the sector in much the same way as with PBSA a few years ago.

The lending pool is likely to deepen when deals are refinanced, they argue.

“In some instances, we are seeing certain debt funds that have construction finance appetite and experience funding these schemes but once these deals come up for refinancing, we will probably see more traditional lenders step in to provide those facilities as the asset class will have matured,” notes Clark.

While new residential subsectors such as BTR continue to evolve and mature, the UK for-sale market is experiencing its own spate of innovation, although it feels a bit Back to the Future with both SMEs and offsite making a return.

SME housebuilders, which were largely wiped out after the GFC, are now on the comeback trail.

In September, Barclays announced it was joining forces with Homes England to provide £1bn of development finance, with loans between £5m and £100m, to support small and medium-sized businesses to develop homes for rent or sale.

For Barclays, Homes England’s backing of the scheme was crucial, says Watson.

“From a lender’s perspective, having that government backing behind the debt fund is key for us being comfortable lending to SMEs,” he says.

“It’s allowing us to support these companies with higher leverage and on bigger lot sizes. We are taking the senior tranches and sharing the junior debt with Homes England. This will help open up the SME housebuilder lending market for other banks.”

The fund has already got two deals across the line, with £155.3m of loan funding to accelerate the construction of hundreds of new homes in Wimbledon and Southampton announced in June.

Modular housing is also enjoying a renaissance, shaking off the negative associations with the post-war prefab.

There has been a flurry of deals this year including Goldman Sachs’ £75m investment in TopHat and the tie-up between Places for People and ilke Homes, the largest ever modular deal at £100m.

Over the past decade, the residential market has expanded – and that means more opportunities for financiers.

“As a country, we’ve been very reliant on the top 20 housebuilders, so creating diversification in the market is healthy if we are ever to hit the government aspiration of 300,000 new homes each year,” says Watson.

If you hail from the residential sector and have an interest in property finance, you can’t afford to miss the RESI Convention. Join key decision-makers as we look ahead to what the future holds for our ‘Brave New Mixed-up World’ examining the residential sector in the context of the whole property market. Secure your place for 11-13 September 2019 to network, debate and dine over three days at this essential meeting place.