RESI Convention 2019: how can we better marry the public and private sectors? 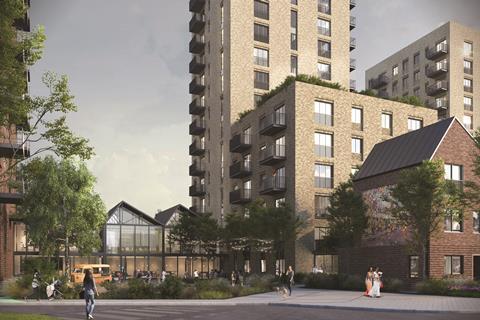 It was in 1992 that then Conservative prime minister John Major introduced the private finance initiative (PFI), but it was not until Tony Blair’s Labour government assumed power in 1997 that the PFI really started to have its heyday.

The financing tool essentially used private sector cash and expertise to deliver public goods such as schools and hospitals.

However, over the last decade or so, PFIs came under intense media and political scrutiny in the UK, with many of the opinion that they did not deliver value for money.

So it came as little surprise to many when former chancellor Philip Hammond abolished the financing structure in England at least in October 2018.

As a result, the wider concept of public-private partnerships (PPPs) has been tainted, with accusations ranging from “the government is shifting its obligations off-sheet” to “firms are profiting from the ‘family silver’”.

But with the UK facing a housing crisis that many realise neither the private or public sector alone can solve, the property industry and government are waking up to the fact that closer partnerships between the public and private sectors may be needed.

UK housing is exceptionally well suited to what these forms of partnerships can bring to the table. Given that it is a fragmented industry, partnerships and joint ventures between the public and private sectors can go a long way in marrying up different parts of the housing market.

Bringing different sections of the industry together with a unified purpose is always difficult, but partnerships can help reduce some of the barriers. Nowhere is this clearer than in the land market, where high prices, a stringent planning system and a lack of available sites are restricting housing delivery.

Many public bodies have an abundance of land, but cannot always bring that resource forward for development in a viable and financially sustainable fashion. This is where the private sector can come in to help bridge the gap to turn new developments into a reality.

For example, Grainger’s recent tie-up with Transport for London to build 3,000 homes across eight locations in London showcases the potential for JVs to unlock land.

A breadth of knowledge

While land is an essential part of easing the UK’s housing woes, it isn’t the only issue that PPPs are well placed to help tackle.

For many in the housebuilding industry, getting the right skills and expertise together in one place can be a challenge. By bringing together public and private stakeholders, it is possible to create vehicles with a range of skill sets and experiences from both sides of the fence. Ultimately, that can be a mutually beneficial experience for both parties, and both the private and public sector can gain valuable insight into how the other operates.

In addition, each side brings different strengths to the table. For instance, a public body or local authority may be more adept at community engagement as they have a greater understanding of local needs and stronger bonds with community stakeholders.

Public-private tie-ups are also driving interest in modern methods of construction (MMC), where public bodies are partnering up with offsite manufacturers to deliver homes.

According to Val Bagnall, managing director of Apex Airspace, this is because of what MMC promises. “For many public bodies that have land to bring forward or air rights to unlock, modern methods can help them deliver homes to market a lot faster than traditional methods,” he says. “Thanks to advances in build technology, many sites that were previously undevelopable can now be unlocked and brought forward to market.”

But finding the right balance is important for PPPs to succeed in housing.

Scale is one area where balance should be sought. For Andrew Prickett, director, UK head of residential, at Faithful+Gould, this can be a matter of scale. “If a public-private JV tries to go large with a development or regeneration scheme, they are likely to face the same pushback as any other private developer would,” he explains.

To overcome this, smaller, cumulative partnerships can be highly effective. “By bringing forward a variety of smaller infill sites, the volume of housing delivered can still be significant but won’t necessarily attract as much opposition as a large-scale development might,” adds Prickett.