Ahead of last year’s RESI Convention, Property Week said construction was “at a crossroads”. It had been nearly two years since Mark Farmer had warned the industry to ‘Modernise or Die’ in his review and Carillion had recently collapsed. 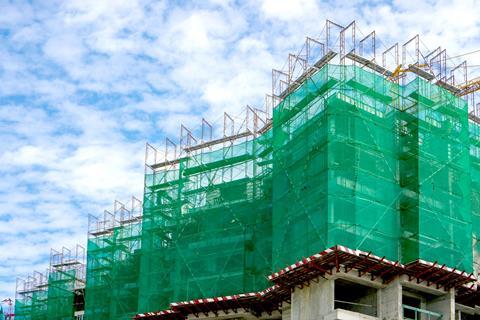 With Interserve going into administration in March this year and Kier now teetering on the edge, you could argue little has changed. But a series of high-profile modular deals could be a sign the winds of change are blowing in the right direction. Has mass-market modular’s time finally come – or does it remain a pipe dream?

The first half of 2019 saw money pour into offsite construction, with global institutions now wanting a slice of the pie. In April, investment banking giant Goldman Sachs made its debut in the sector, investing £75m in UK modular housing specialist TopHat.

Urban Splash followed soon after, with a £90m deal in mid-May that brought together Japanese modular housebuilder Sekisui House, the government’s housing accelerator Homes England and the founder of We Buy Any Car, Noel McKee. The partnership marked the entry of Japan’s largest housebuilder into the UK market, and will see thousands of homes delivered across England.

The month was rounded off by the UK’s biggest-ever modular deal – a £100m joint venture between Places for People and ilke Homes – which will see 750 precision-engineered homes delivered across the country. Writing soon after, Farmer said: “With nearly £4.5bn worth of assets, Places for People is a similar size to many FTSE 100 companies. Its decision to throw its weight behind such a deal should provide a bolt of confidence for MMC [modern methods of construction].”

The benefits of modular are manifold, says Dave Sheridan, executive chairman at ilke Homes. “Offsite affords the UK the ability to speed up the delivery of vital housing and to improve quality, while also facilitating the need to produce a housing to suit a variety of tenures,” says Sheridan.

However, he cautions: “Barriers still persist, and if we are to push ahead with this revolution in housebuilding, there needs to be a sector-wide effort in breaking these [barriers] down.”

One of the biggest obstacles facing the nascent modular sector is the need to break down outdated perceptions of ‘prefab’. In the decades that followed post-war reconstruction, modular was mainly associated with low quality. But MMC offer a viable solution to meeting the growing demand for housing. Government and education providers need to beat the drum for modular if construction is to innovate and encourage the uptake of offsite manufacturing.

As Nick Riley, board director at Whittam Cox Architects, says: “While the UK is in the midst of a housing shortage, it’s crucial that faster delivery does not come at the cost of quality. Modular is helping to elevate the role of design in creating beautiful, functional and high-performance developments that will challenge historic preconceptions around offsite manufacturing.”

Planning issues also need to be overcome to allow modular to truly take off. Tony DiCarlo of SME developer Innerspace Homes says there is a real disconnect between what national government is pushing for in terms of innovation in housebuilding and how local authorities are responding. “A presumption in favour of offsite or at least a material weighting, not just on public land but all sites, would help,” he says.

The early design freeze of offsite manufacturing makes it especially vulnerable to planning delays. Any late imposition of design tweaks can derail a modular project early on. Streamlining the planning process could not only save companies time, but also reduce design and cost uncertainty.

MMC also require much greater upfront investment compared with traditional methods. The costs of opening a factory and securing the necessary materials and labour often limit many businesses’ ability to set up operations.

The final challenge is the UK’s skills shortage. With an ageing workforce, a dwindling pipeline of young talent and the exodus of EU workers, the government is struggling to meet its ambitious housing targets. There is an urgent need for the diversification of the construction industry’s workforce. And while modular is in part a solution to this, it can also be a barrier as offsite manufacturing requires a specific set of skills that go beyond the normal remit of many roles in construction.

A step in the right direction

While barriers persist, progress is being made, especially when it comes to getting the mortgage finance and insurance communities to support the greater use of MMC for residential development. Many in the industry have also praised the proactive role Homes England has played in helping drive modernisation.

In addition to helping address the UK’s housing crisis, MMC could also prove to be rather profitable for the UK. According to Mace’s City Living report, MMC could create a £40bn-a-year export market for the UK. Post Brexit, ‘Global Britain’ could end up being assembled in modular factories. 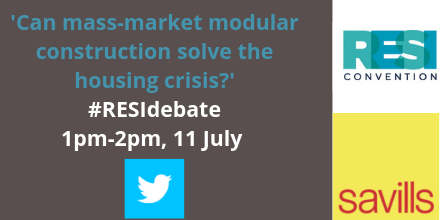 If you hail from the residential sector or have an interest in modular housing, you can’t afford to miss the RESI Convention. Join the debate as we look ahead to what the future holds for our brave new mixed-up world. Tickets are going fast, so book soon.

You can also get involved in the Twitter #RESIdebate on modular housing.