Post-lockdown Britain may be seeing a trickle rather than a torrent of white-collar workers heading back to the office, but record-high job vacancies and the subsequent re-emergence of a ‘war for talent’ could well expedite the process. 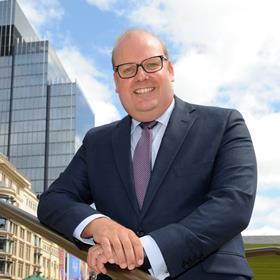 Across the UK, just one in five people had returned to the workspace by the end of July, according to the Centre for Cities. The picture was even more sparse in London, where just 15% had gone back – lagging far behind regional hotspots like Birmingham, where 46% had returned.

At the same time, business leaders believe the office remains critical to productivity, talent development, culture and collaboration. This has already led to a reported surge in new occupier leases throughout Q2 2021, with activity in the capital now firmly back at pre-pandemic levels.

But as a war for talent continues to build momentum, it will not be the whims of CEOs alone that drive additional demand for high-quality office space; it will be their current and future employees.

Ahead of the completion of 103 Colmore Row in Birmingham this autumn, Sterling Property Ventures commissioned research to gauge the views of more than 2,600 office employees across Britain. The research found the vast majority of white-collar workers still feel their physical presence in the workspace will stand them in good stead when it comes to their careers. A clearly defined trend emerged, which suggested that the younger an employee was, the more likely they were to feel that turning up at the office would increase their chances of receiving a pay rise, a promotion, being appointed to project lead or rubbing shoulders with more senior colleagues. 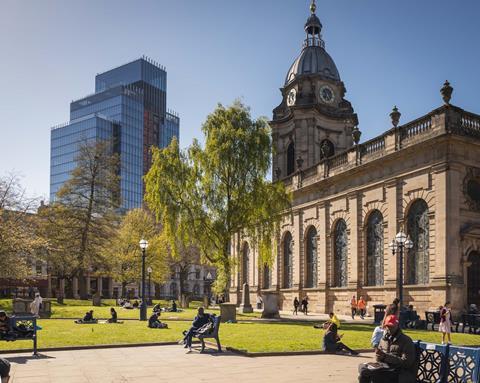 Crucially, when asked how important a factor ‘office quality’ would be when considering a job offer, 79% of respondents felt it was either ‘somewhat important’ or ‘very important’. That figure grew to 82.6% when focusing only on office workers aged between 25 and 34.

With well over half of employers braced for an uptick in resignations as staff are lured elsewhere, it therefore stands to reason that many of the victors in the war for talent will be companies that recognise the importance of their office as an effective tool in both attracting and retaining valued staff.

Even before the outbreak of Covid, progressive and forward-thinking employers – and property developers – recognised that attributes such as wellbeing, sustainability and flexibility are not only here to stay but are becoming more valued and sought-after by younger professionals as they enter the workplace.

Companies striving to stay a cut above the rest as they bounce back from Covid will do well to reflect such attributes and values; and it will be their choice of office space that plays one of the most crucial roles in communicating those values to potential new hires and existing talent.

While the return to normality may feel grudgingly slow right now, the unabating war for talent could soon mean the slow march back to the office is replaced with a race for higher-quality workspace – one in which both employees and employers will be competing.