Saluting those ahead of their time

The new year brought sad news of the passing of property icon Godfrey Bradman, best known for his 1980s partnership with Sir Stuart Lipton’s Stanhope to develop the City of London’s Broadgate scheme, which then prime minister Margaret Thatcher described at the launch as the “largest development in the City since  the Great Fire of 1666”. 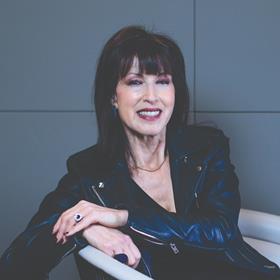 As a young lawyer working on the site assembly, I didn’t appreciate that Broadgate, with its public realm and ice rink, represented a new concept in city offices. Among many causes, Bradman founded the Campaign for Lead-Free Air, at a time when developers didn’t necessarily see the environment as part of their remit.

This made me reflect on other real estate personalities, who, like Bradman and Lipton, have been ahead of their time, many of whom I’ve been fortunate to interview for my Propertyshe podcast.

On the future of offices, Mark Dixon was years ahead. Regus, which he founded in 1989, now provides flexible workspace for eight million people across six continents.

He says: “It seemed even then, and that was a time before mobile phones and the internet, that the whole property industry was not very efficient and not very customer focused, and that was the opportunity. As a person that didn’t come from the real estate industry, it just seemed to me that there was a really big gap in the market for the ‘rentalisation’ of the whole product.” How right he was.

Harry Handelsman founded Manhattan Loft Corporation in 1992 to pioneer lifestyle living. Over 30 years, he has conjured vibrant communities in London’s forgotten postcodes. The restoration of grade I-listed 1870s gothic revival St Pancras Chambers into a hotel and flats was “a 10-year labour of love”.

He has repurposed many old London buildings, although the sustainability perspective, while important, wasn’t something developers necessarily considered in 1992.

Around the same time, another lifestyle pioneer, Tom Bloxham MBE, founded award-winning urban regeneration company Urban Splash in Manchester. According to Bloxham: “Most of the things we pick are funny things nobody else wants, that people think will never work. We started doing residential development in Liverpool and nobody lived in the city centre, and the very word ‘urban’ was a negative word. We were one of the first companies to take the word ‘urban’ and use it in a positive way.”

Like Handelsman, Bloxham realised early on the power and value of brand. 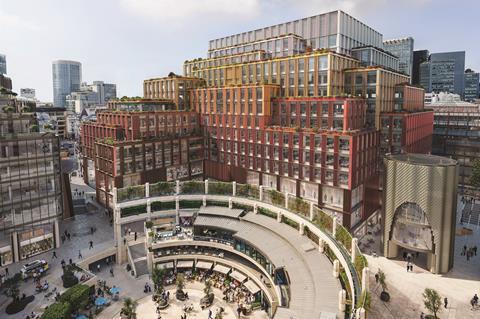 Broadgate: Bradman and Lipton’s scheme was a new concept for offices

Brand is also key to retail trailblazer Scott Malkin, a self-confessed ‘real estate guy’. In 1995, he introduced to the UK a variation on an American phenomenon, which brought retail, experience and tourism together. His constantly evolving Bicester Village Shopping Collection concept involves attracting major luxury and other brands to operate discount stores in carefully controlled environments.

When I interviewed Malkin in 2019, he assured me: “Retail is far from dead; it’s in a constant pattern of reinvention. There are moments where step changes occur; we are at one of them.”

Lorraine Baldry OBE was an early exception to the real estate and tech gender gap. One of the first women to run a substantial property company, she trained in computers and IT. In 1993, after just three years in real estate, she became managing director of the 600-strong Prudential property division.

In 1996, Baldry also became the first female president of the British Property Federation, particularly remarkable as she was appointed by the all-male former presidents. Baldry has continued to enjoy a successful career holding senior executive positions in some of the UK’s leading companies.

Baldry was chair of Central London Partnership in 2001 when visionary chief executive Patricia Brown, having foreseen the potential of Business Improvement Districts (BIDs), won government seed funding to import BIDs from New York to London. Now numbering 300-plus, UK BIDs have transformed the urban landscape of London and the UK.

Brown advises civic and business leaders on urban change and development. In describing her role, she says: “’I am not an architect nor a planner. I am a connector and sometimes a translator.”

This isn’t intended to be an exhaustive list, so I’d be interested to know who would be on your list of those ahead of their time.