​Scotland’s buy-to-let landlords have felt the pinch – but how many have left the sector?

Five years ago, a gamut of changes brought warnings of an exodus of private landlords from Scotland’s private rented sector. 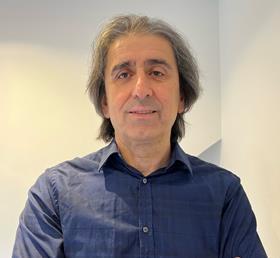 In 2016, landlords were digesting and reacting to a series of changes to their circumstances, which most viewed with consternation and pessimism. There was the introduction of the Land and Buildings Transaction Tax (LBTT) in 2015 that replaced stamp duty, adding 3% and then 4% to the purchase price of buy-to-let properties.

Changes also came from Westminster. In April 2016, the 10% Wear and Tear Allowance was removed and instead landlords were required to claim individual items of expense, and maintain records and receipts.

From April the following year, the phasing-out of tax relief on mortgage interest costs began.

On 1 December 2017, the Private Housing (Tenancies) (Scotland) Act 2016 came into force, ending fixed-term tenancies and ‘no fault’ evictions, as well as giving tenants the right to give 28 days’ notice. There was also provision for localised rent controls under quite limited circumstances. Throughout this period, there were warnings from landlord associations that their members would start leaving the sector in large numbers, leaving demand for privately rented accommodation unmet. But did this come to pass?

Well, it certainly seems that the private rented sector has contracted significantly since 2016. The 2016 Scottish Household Survey estimated the size of the sector to be 370,000 households. Data released by the government in February 2020 showed 325,649 properties were privately rented – a drop of around 12%. There is evidence that in some locations, there has been a move away from the private rented sector to short-term lets. A Citylets survey of Edinburgh reported that one in ten properties have shifted in this way.

This trend may continue. At the start of the Covid pandemic, a six-month notice period was introduced under the first Coronavirus Act. The second act added further pre-action requirements. Separate Scottish legislation introduced a temporary ban on all evictions starting January 2021. Furthermore, some recent policy discussion among the SNP-Green government suggests that winter eviction bans may become a permanent feature of the private rented sector.

The future for Scotland’s buy-to-let landlords is an uncertain one in which earnings will be under pressure. A further contraction of the sector seems likely.