Despite the initial hopes of policymakers and politicians that a resurgence in inflation would be a temporary phenomenon, it is becoming clear that the likelihood of a widespread cost-of-living crisis is gathering pace. 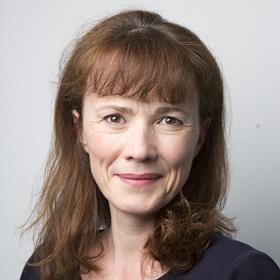 Surging energy prices, inflation at levels not seen since 1992, rising labour and material costs and fire safety issues driving up compliance and insurance costs will result in above-inflation increases in service charges.

Interest rates have remained at historically low levels so far, but energy price and service charge increases highlight the impact of rising costs, and are having an effect on many households. This is most acutely felt in the affordable housing sector, but also across market housing, hence the government’s move to introduce an energy cost rebate.

Rising costs and static incomes push many households towards the financial danger zone. This is the case for many of Dolphin’s residents and others living in affordable housing, who often struggle to cover basic living costs. As a result, there is an increasing focus on value for money and enhanced scrutiny of costs. This is most acute for leaseholder service charges – which has been an area of contention for several years.

This, and the government’s focus on ensuring a “fair deal for leaseholders”, means the focus on service charges is unlikely to recede any time soon.y

Service charges are a complex issue and some of the factors relating to fire safety costs have been well documented, following the government’s focus on the issue. But what often perplexes long-leaseholders is the unpredictability of increases, and the fact that service charge increases on new homes are significantly above inflation.

Leaseholders’ frustration is compounded by the lack of transparency in being able to see and potentially challenge the breakdown in costs. Like many leaseholders, Dolphin has experienced difficulty in obtaining information from managing agents on the value for money provided by service charges.

Perhaps even more disturbingly, and on more than one occasion, we, as an affordable leaseholder, have not received the same service from managing agents as individual market leaseholders, despite paying our share of costs and management fees. It is leaseholders who pay the service charge and they should be recognised as the client and treated as such.

To address this issue, we propose that service charge budgets include more detailed explanations and evidence to support costs, and that responses to leaseholders’ service charge queries are shared in a report to all leaseholders. Service charges should also be required to deliver value for leaseholders, including a procurement process. Central to this is the premise that managing agents’ proposed fees when tendering for work should reflect the actual level of work required.

A more radical solution would be to pay greater attention to the factors driving service charge costs during building design and the planning process. In this way, we could ensure that buildings are designed and built to promote cost-effective and efficient management from day one.