Should new genuflect to the old? 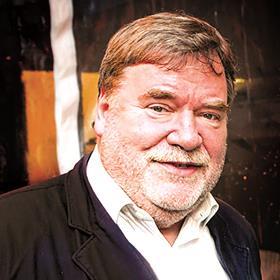 The announcement of an international design competition opened up the possibility of a contemporary replacement, rather than replication of what we have lost.

Discussion has already begun about the appropriateness of anything other than replication. Sadly, while the incidence of fire in general has been in decline, especially in new buildings, it is always with us – as Mackintosh in Glasgow and Grenfell have shown.

In the case of historic buildings, there is an unfortunate pattern of fires breaking out while restoration or other works are being carried out. In the absence of someone with specific responsibility for checking everything after workers have left the building, subsequent fires become a legal battleground and an insurance problem.

Leaving that aside, the question of appropriate design is one that relates to other, non-disastrous design and planning contexts. Put simply, to what extent should the new genuflect to the old, or simply never see the light of day? Judging by the reaction of some heritage bodies, the Tulip tower is a total disaster for London’s historic environment. Notre-Dame shows how foolish it is to deploy this sort of language in respect of planning decisions about additions to a skyline.

In any event, today’s landmark buildings will become tomorrow’s revered heritage objects. The Gherkin is certain to be listed, yet the same architect is berated for the Tulip with the same language that was used against the Gherkin. 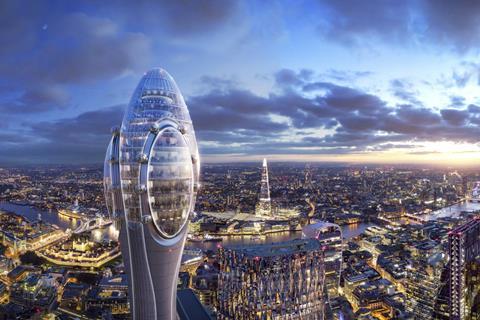 The Tulip supposedly interferes with the Tower of London (much of that building dating back no further than the 19th century), which is considered doubly heinous because the tower is a World Heritage Site. However, if you want the most obvious example of something that provides much greater interference, look no further than Tower Bridge, about to celebrate its 125th anniversary. It would never get permission today.

A more positive way of looking at the relationship between new and old is based on ‘conservation’ being an anagram of ‘conversation’. I firmly believe high-quality design has a form of conversation with its predecessors, which is why the question of quality is so important in debates about contemporary insertions into historic fabric.

It has been unhelpful of heritage authorities to reserve their biggest guns to fight examples of good architecture, rather than opposing the mediocre that now litters parts of our skyline. I do understand the argument that if they feel a location is wrong for a tower, then it should be resisted no matter how great the quality, but this is not an argument that has cut much ice with the planning inspectorate.

Talking of which, we still await the outcome of the inquiry into the Chiswick Curve residential-led tower – even though it took place last July. Everybody says they want faster planning and more housing, but you sometimes wonder.