Smart homes are nothing new 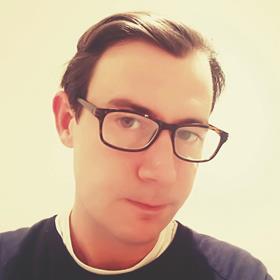 It is an ingenious piece of marketing by the National Trust, selling as it does the wonders of Cragside to a whole new generation.

Armstrong was a quite brilliant man. He trained as a solicitor but never took to the profession. Rather, his interests lay in science and engineering. And without any formal education in either discipline, he went on to be the foremost industrialist of his age.

He designed Newcastle’s Swing Bridge, not to mention the mechanism that allows Tower Bridge in London to open to shipping. He gifted Jesmond Dene – still a treasured green space – to the people of Newcastle in 1883, helped set up the College of Physical Science in the city, the forerunner to Newcastle University, and was twice president of the Institute of Mechanical Engineers. I could go on – and on.

There is, however, a rather uncomfortable caveat. Armstrong made a great deal of his wealth from the design, manufacture and sale of armaments. At the time, this made him a patriot. He gifted the patent for one of his armaments to the British government and was rewarded by becoming the first scientist, let alone engineer, to be elevated to the House of Lords. But it has to be recognised that this was the age of empire – and goodness knows how much violence was done with his inventions.

And yet, Cragside provides a strikingly different legacy and one that continues to provide inspiration at a time when working with the natural world is an imperative. The house that Armstrong built was the first in the world to be illuminated by hydroelectricity and powered, in part, by hydraulics.

A recent family visit confirmed how revolutionary this still feels. In the kitchen, both a spit for roasting meat and a service lift are powered by hydraulics. A prototype dishwasher is to be found, too. Back in the day, the steam generated from the Turkish bath helped heat the rest of the house. And then there were the hydroelectrics.

These all astounded visitors at the time. They were, after all, luxuries unavailable to the richest of the landed gentry. Armstrong was a long way from being born into poverty, but the power of his innovation and subsequent wealth were breathtaking.

Armstrong’s inventions also produced next to no carbon in operation. Indeed, he was something of an environmental visionary. He said coal was “used wastefully and extravagantly in all its applications” and predicted that Britain would stop extracting the black stuff within 200 years. Perhaps more prophetically, he was also an early advocate of solar energy, as well as hydroelectricity.

What is quite incredible to consider is that Armstrong was far from alone as an engineering genius of the age in the North East. George Stephenson, for instance, the ‘father of the railways’, was only a generation older. His High Level Bridge was designed for horse-drawn carts and steam railway engines, yet today carries HGVs and full-length trains, such was the over-engineering involved.

It has been argued that the North East was the most innovative place in the world in the 19th century, and that it wasn’t equalled or surpassed until the advent of Silicon Valley and its digital transformation of society – almost a century after Armstrong’s death in 1900. What we need now is not another Armstrong or Stephenson, but a whole coterie of the fellas.