Something stirs in Wirral Waters 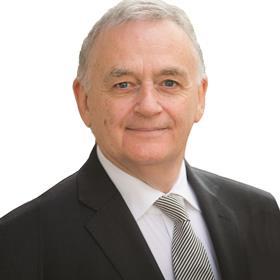 The ink is not wholly dry on the deal, which, if signed, could see activity surge on the planned 13,000 homes. My contact in clogs says watch both Jamie Ritblat’s Delancey and Oxford Properties, owned by the Ontario municipal pension fund OMERS, to see if they also clamber aboard.

Why? In July 2018 the pair set up a co-investment vehicle called DOOR – Delancey Oxford Residential. The pair owns 39% of DOOR, Qatari Diar 22%. The vehicle has been given £600m of fuel to burn on rented homes under the Get Living brand.

DOOR has an interest in the 2,000 existing homes at the former athletes’ village on the Olympic Park and access to a pipeline of 4,400 units. Get Living is targeting a portfolio of 12,500 homes. The missing 39% stake in DOOR? As you will have guessed, it is held by APG.

A long-empty office block newly surrounded by unmarked hoardings: the sure sign of a guilty developer starting a quick and dirty conversion. From unlettable workspace to unfit homes, via permitted development rights, in a few months. Hey presto! Loads-a-money.

The libertarian policy was championed by now-independent MP Nick Boles during his 2012 to 2014 tenure as Conservative planning minister. Seventeen planning authorities were granted five-year opt-outs in 2013. All are asking to renew on 31 May.

Fortunes have been made by PDR developers over the past five years. More than 42,000 units have been developed since 2015. Landlords holding unlettable offices could hardly believe their luck back in 2013 when told they could simply fill in a form and tell the council they were going to convert to flats. The policy has breathed new life into towns and boroughs, particularly those filled with back-office space. Well done Nick Boles, genuinely. Without PDR there would be 42,000 fewer homes for rent. Not all are slums. 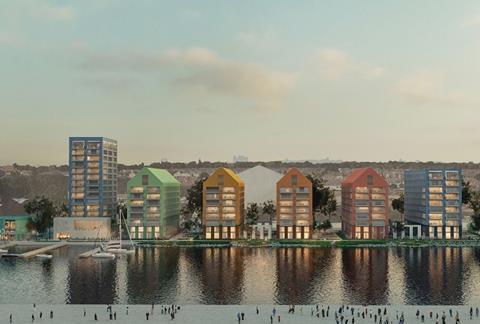 But some are. Local developers hiding behind said blank hoardings have been “tearing the arse out of the system”, to use the phrase I learned working on building sites, creating little more than cramped slums. Three-quarters of all PDR units are either studio or one-bed flats. A third of new homes in Slough, and the majority in Croydon, come via PDR. Housing minister Kit Malthouse should impose space standards and a mandatory mix of units – or scrap the Boles initiative. If not, Labour certainly will.

To the rammed retirement party of Peter Cole, chief investment officer at Hammerson, exiting, aged 60, after 30 years, with 50m sq ft of development under his belt – including, most famously, Spitalfields, where the party was held in an old church that is now a restaurant. A well-deserved panegyric was delivered by Hammerson boss David Atkins.

I may not have been paying attention, but heard no mention of the £1.4bn Croydon shopping centre, which had been worked on by Cole since 2012, first with Westfield and now with cumbrously named Unibail-Rodamco-Westfield. A scheme you feel that everyone (except Croydon council) would rather were retired. A bit like Crossrail 2 now Crossrail 1 has sucked up the cash.

Clients, your secrets are safe with JLL. A rival agent suggested a story I wrote last week about JLL withdrawing services from the Sultan of Brunei was a self-serving leak. If only. Attempts to have the tale confirmed met with a statement pledging client omertà. I am not going to attempt to find out how JLL feels now the Sultan has recanted. Miffed?

The Mandy Rice-Davies ‘well they would say that’ quote of the month award goes to O2 owner AEG whingeing about Madison Square Garden Company’s plans to build a rival dome in Stratford. “There is a question mark over whether such a venue should be located in east London, so close to existing venues at the Olympic Park, as well as AEG’s own nearby venue, the O2 Arena.”