The worst of the pandemic looks to be behind us – provided Omicron is not a game-changer – but businesses worldwide face a different set of challenges, most notably persistently high inflation. 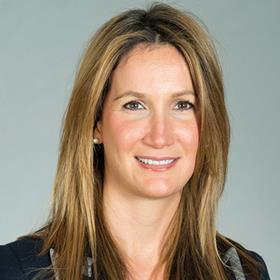 The impact of this is being felt throughout the UK residential sector, especially for SME developers, which have often been identified as central to solving the housing shortage. For many who bought land two to three years ago, their profit has been eroded as material and labour costs have rocketed – and a knock-on effect is likely.

Developers may seek to pass these increased costs on to the consumer via increased rents and house prices in the next 24 months, when new inflation-hit schemes come to the market – so will affordability be an issue?

Perhaps. We are seeing a very buoyant end user market, especially in London and the South East, and affordable well-connected locations will be the schemes that are most likely to weather any storm ahead.

Interest rates are also set to rise. For those who can’t hedge the risk of higher financing costs, it’s another factor that may erode the bottom line.

How high interest rates may have to go to rein in price pressures is uncertain. A major cause of inflation isn’t domestic. Predictions are that the global supply chain issues will last well into 2022.

Developers are facing a three- to six-month delay on materials, which can mean as much as a 33% increase in funding costs. A rate rise should cause the pound to strengthen, which will reduce import costs, but with such constrained supply, it is unlikely to help considerably.

Another factor is labour, where the shortages have been compounded by Brexit and the pandemic. Smaller developers don’t have the purchasing power and contractors are in the driving seat. The average pay of construction workers has risen 14% compared with the first half of 2020.

This means our clients have to factor in a significant build cost contingency; 3% to 5% used to be acceptable, today it is closer to 10%.

Anecdotally, this is forcing smaller developers to reconsider acquisition land values or drop out of bidding against larger developers that benefit from economies of scale.

This changing landscape is pushing developers to embrace the rental model, which is much more flexible but alters the profit dynamics. A slight rental increase can offset inflationary costs without having an impact on the end user in the same way as a house price hike will.

There is a silver lining, though. New construction methods are coming to the fore. Building shell and core using more sustainable methods can be cheaper. We are also seeing modular housing opportunities that are quicker and cheaper than traditional processes.

UK residential market supply and demand dynamics and government stimuli mean the upside for developers still outweighs the downside, and this is reflected in our lending volumes.

But if costs keep on spiralling, interest rates creep up and consumers are unwilling to dig into savings, then a shift in this dynamic is inevitable.

Hayley Scott is a member of the Investec real estate team