Spotlight shines on the climate crisis

Last week, heavyweights from across the property industry gathered at British Land’s 100 Liverpool Street to discuss how the sector could address the climate crisis. 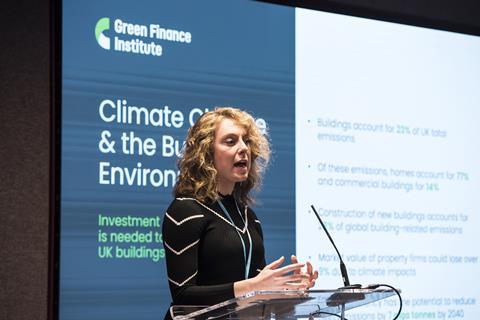 For many, the Climate Crisis Challenge Spotlight Event, hosted by Property Week in collaboration with UKGBC and partners Argent, Barclays, Mishcon de Reya and Savills, was the first physical event they had been to in over 18 months. And with the world’s economy beginning to recover from the pandemic and COP26 just one month away, there was a lot to catch up on.

To kick off the event, Property Week editor Liz Hamson reminded the audience that all eyes would now be on the UK – not just because COP26 would be hosted in Glasgow, but because Boris Johnson had told the world the UK was leading the charge when it came to tackling the climate crisis.

“That may be so, but a huge amount needs to be done if we are to hit the government’s bold net zero targets,” she said.

Next up was Munish Datta, from Climate Crisis Challenge collaborating partner UKGBC, who emphasised how far the industry had to go, calling for a “rapid and much-needed reduction in carbon in the UK”. Datta said UKGBC would be launching a UK Built Environment Whole Life Carbon Roadmap at COP26, which would provide a top-down sectoral view of emissions, with a pathway aligned with the UK’s sixth carbon budget and a science-based 1.5C scenario.

There was a degree of scepticism in the room that the industry could rise to that challenge, with 50% of respondents to a live poll saying they were not very confident or not at all confident about the sector hitting the latest government targets, compared with 35% who were quite confident and 15% who were neutral. Lord Callanan, minister for climate change and corporate responsibility, said the poll revealed how vital dealing with the climate emergency was.

“Doing the right thing will be needed more than ever as we take on what will be another monumental task as a nation, and I think the poll has indicated that,” he said. 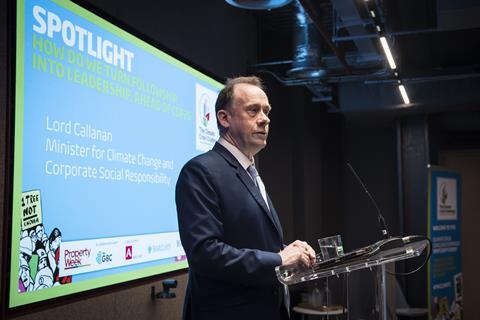 Callanan also gave some hard data on what becoming greener meant for real estate. He said net zero would mean “decarbonising around 30 million buildings in the UK”, referring to it as “a monumental body of work” or, to put it into more corporate terminology, “an incredibly risky and diverse portfolio”.

Callanan also made reference to the “much-maligned Green Homes Grant”, the £2bn home retrofitting programme that the government scrapped after just six months. However, he insisted the other money the government had spent on retrofitting homes, such as the £800m given to local authorities, was money well spent.

“We’re in the final stages of building our heat and building strategy at the moment,” he said. “This is one of the areas we want to look at.”

Emma Harvey, director at the Green Finance Institute, was up next, discussing the difference between ‘greening finance’ and ‘financing green’. While the former is about monitoring and disclosing carbon emissions related to financial activities, the latter, said Harvey, is focused on moving capital towards real projects on the ground. Financing green is the aim of her work and something she wants to see more of.

“It’s about encouraging and bringing in that enthusiasm that financial professionals have for decarbonising the planet,” she said. 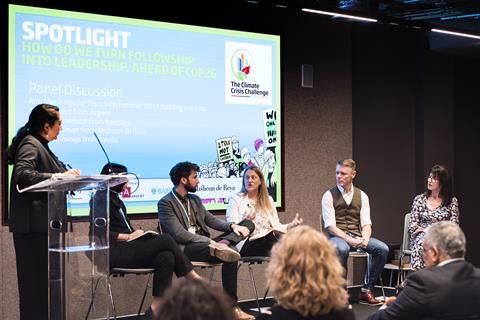 Giving an international perspective, Ibrahim Al-Zu’bi, chief sustainability officer at Majid Al Futtaim, addressed the conference via a pre-recorded video to stress the importance of the UK being the global leader in sustainability that the PM claims it is – laying down the gauntlet for the industry to do more.

“I have high expectations for the UK market to lead the world when it comes to sustainability in the built environment,” he said. “Please don’t disappoint me because I have high hopes there.”

In the final session, Ann Marie Aguilar, senior vice-president EMEA at the International WELL Building Institute, and representatives from lead challenge partners Argent, Barclays, Mishcon de Reya and Savills discussed many of the topics that had come up throughout the event and what it all meant in the run-up to COP26.

Asked about where the industry was in terms of tackling the issue, Steven Kellet, sustainability manager at Argent, did not hold back. “We are where we should have been about 10 years ago,” he said, calling for a carbon tax in order to push the industry further.

It was a sentiment echoed by Aguilar, who said the same was true for the connection between sustainability and wellness.

“We’re 10 years too late to be having discussions about how we map health impact with climate mitigation,” she said, arguing that the pandemic should be a wake-up call for the industry in terms of recognising the importance of taking on the two issues together.

To take action, the panel said there would be many barriers to overcome. For Susan Freeman, partner at Mishcon de Reya, the biggest challenge will be getting SMEs on board with the climate agenda. “For small businesses, cost is even more of an obstacle than for big businesses,” she said. “So, there need to be tax incentives and tax breaks there.” 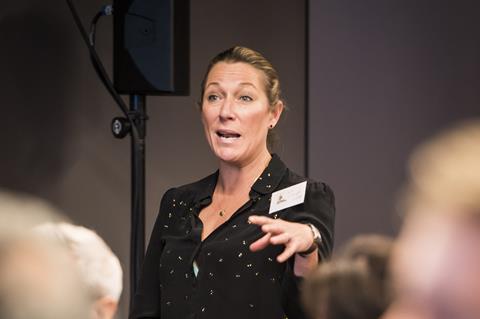 For Jessica Tomlinson, Barclays’ head of real estate, London, another thing small businesses in particular need in order to help move the dial on the climate crisis is data. “For SMEs, they need data on the why, data on the how and finance infrastructure to support that engagement,” she said.

Meanwhile, Chris Cummings, head of technical sustainability at Savills, said the real problem for the industry was the changing nature of government policy. Taking aim at Callanan’s reference to the Green Homes Grant, he criticised the “short-termism” of scrapping such a fundamental climate policy so early.

“Businesses need confidence that what the government says it’s going to do is not something that’s going to be pulled away in the next election cycle,” he said.

On Hamson’s question about the “size of the prize” if the industry was able to tackle the crisis, Kellet was characteristically frank. “The size of the prize is survival,” he said, pointing out that a certain amount of global heating has already been baked into the system. The goal now, he argued, is to stop the climate crisis from getting any worse.

Thankfully, there was hope the industry could tackle the problem. Cummings said: “We will definitely get there – that’s not up for debate. But what is up for debate is how comfortable that journey will be.”

Indeed, the industry will be hoping that the transition will be more comfortable than not and that it will happen sooner rather later – but it will need to happen one way or the other.