Staycations will boost the West End

Six months ago, I reported on what a difficult year it had been for retail and hospitality, particularly in city centres. 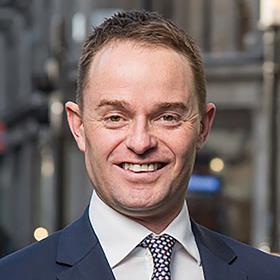 In the West End and further afield, businesses have been starved of customers, stores closed and thousands of jobs have been lost. But while the road ahead remains challenging, there are now reasons to be optimistic.

This week, New West End Company released research that placed London at the top of city destinations for the growing number of staycations planned by the British public this summer. With overseas travel something of an uncertainty, UK city breaks are proving increasingly popular.

Of the 1,200 UK adults surveyed, 15% planned to enjoy the culture and entertainment on offer in our cities; around the same numbers as those planning UK rural or beach holidays. For those 15%, London was the most popular location, with 25% choosing our capital for their international city break this year.

This should translate to a boost in footfall and spending for suffering businesses. Some 73% of these ‘staycationers’ expect to spend the same or more as they would on a holiday abroad: around £3,240 per family. This will boost the economy of London and other major city centres.

But while the retail and leisure industries will welcome an influx of domestic tourists, it looks like they will have to wait for the return of overseas visitors, which is a big hit for International centres such as the West End. International travellers spend on average three times more than domestic ones. But with little clarity about when we can welcome back international shoppers, we need to make the most of those travelling from the four corners of the British Isles.

According to VisitBritain, total spending from foreign tourists is forecast to slump to £6.2bn this year, less than a quarter of the £28.4bn in sales that rang through the tills in 2019.

Although this year we hope to see significantly more than the 4.8 million domestic visitors to the West End seen in 2019, this will not make up for the £22.2bn shortfall predicted from shoppers overseas. We need to give those businesses that have reopened, with near-normal operating costs, continued support until high-spending visitors return.

The government should selectively extend business rates relief, followed by fundamental reform of business rates and relaxation of Sunday trading laws in Britain’s two international centres, the West End and Knightsbridge. Extending trading in these areas would allow them to match our global competitors, most of whom face no trading-hours restrictions, and generate more than £290m of net additional sales annually, at no cost to the government.

Many businesses have weathered the storm so far, but more will be at risk of closure unless we act now.

There is much to be optimistic about in London’s West End and shopping destinations across the country. There is an increasing urgency to the need to evolve our high streets and deliver an experience to match modern consumers’ demands. But we must build on this promise and the expected surge in domestic visitors to ensure that shops, bars and restaurants in the capital and beyond are given the best possible chance to rediscover their former glory.